What do his birthday stars say for eclectic Himesh Reshammiya? Reveals Ganesha. 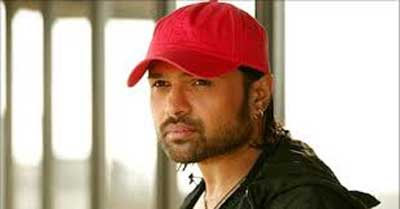 A popular music director, and a singer, producer, actor, writer and lyricist, Himesh Reshammiya is famous as much for his multi-faceted talent bank as for his antics. Making his music direction début with some extremely popular television serial tracks that caught on big time, paving way for his music career in the Indian film industry, Himesh also worked simultaneously in fields of screenplay and story writing. Actor Salman Khan helped Reshammiya break the Bollywood ground, by giving him an opportunity to work for one of his films. And, rest is history! Winner of several awards and singer of some super popular sound-tracks in his own inimitable style, Reshammiya has also acted in films, and is known to keep changing his look and image. Currently, he is seen as a judge on the & TV reality show Voice of India.
Himesh celebrates his birthday on 23rd July. Ganesha takes this an opportunity to wish the singing star, and look at his Solar Horoscope to predict the way ahead for him – 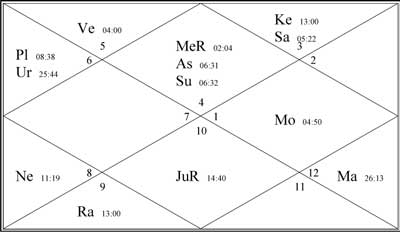 Owing to the unavailability of the Birth time of the celebrity, the following predictions have been done basis his Solar Horoscope.