Hero may not have an ‘heroic’ impact on the audiences, but youth will be attracted, says Ganesha.. 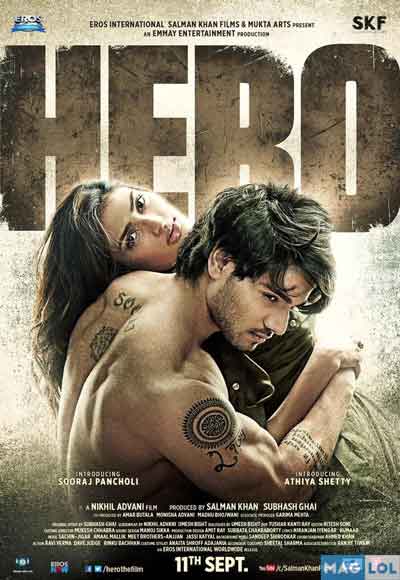 The much anticipated and hyped ‘Hero’, directed by Nikhil Advani releases on 11th September. The movie, as already known by all, is a remake of the 1983 Jackie Shroff starrer with the same name. The movie will see the silver-screen debuts of the starlets – Sooraj Pancholi (Son of Bollywood actor Aditya Pancholi and Zarina Wahab) and Athiya Shetty (the pretty daughter of Suniel Shetty) and the powerful Salman Khan has taken up on himself to launch these newbies! Directed by Subhash Ghai and Salman Khan himself, this film promises to be a thoroughly entertaining romantic-action film. Before the release of the much awaited film, Ganesha, with the help of Astrology, predicts how the movie will fare at the Box-office and what may be the reviews of the audiences. Take a look at the exclusive Astrological Forecast…