The 'Dream Girl' surely has a Horoscope that would make for a pleasant dream! 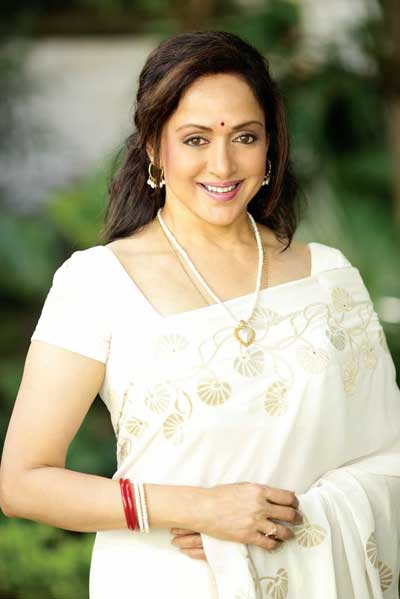 Very rarely do multiple planets collaborate so harmoniously to bless a native with such goodness in life!
Think about sublime beauty. Think about artistic class and excellence. Think about charisma and grace that seems out of the world. Think about a woman who can dance as gracefully as a peacock dancing with full joy and exuberance in a meadow! Too much thinking and too much imagination? Undoubtedly one single person who would come to our mind within a flash in all the cases mentioned above would be Hema Malini – the Heroine who ruled over million hearts and who still continues to mesmerise people with her magnificent and splendid beauty! Such was the fame and awe that this actress once commanded, who also happens to be a trained classical dancer, that various actors, at the peak of their careers, were desperate to seek her hand for marriage, but no one proved to be as lucky as our very own Dharam Paaji, aka Dharmendra! With amazing aptitude for all things creative and with a voracious appetite for art, the 'Dream Girl' – who is considered to be the one born with a silver-spoon, has achieved tremendous success in her endeavours and still remains to be popular and vibrant! What do the stars speak about such an awe-striking beauty? There is surely something which acts as the fuel for such blazing success and recognition! Check out the astrological sketch of Hema Malini below...
Hema Malini
Date of Birth  :- 16th October 1948
Time of Birth  :- 00.30
Place of Birth :- Ammankudi, Tamil Nadu, India
NATAL CHART

Water Signs and Grace...
Born with a silver-spoon, they say!
The Role of the Planet of Beauty and Art – Venus!
Hema the Artist and Hema the Actress: Double Wonder!
Mars – the Yogakaraka in a well-dignified position!
Role of Mars in her Performances...
Marriage and the Planets...
Hema the producer...
Rahu Indicating Success in Politics?
Role of the King of the Zodiac – the Sun!
Benevolent Jupiter – the Planet ensuring immense riches!
Ganesha wishes splendid success in all her endeavours to Hema Malini.
With Ganesha’s Grace
Kashyap Rawal
The GaneshaSpeaks.com Team
Share