Madhuri-Juhi starrer Gulab Gang may not be a blockbuster, predicts Ganesha.

The crimes against women in India often go unnoticed and unreported, and many a times the issues are swept under the carpet. In such scenario rises few brave ladies who raise their voices against social injustice and discrimination. Gulab Gang, a film starring arch competitors during their heydays – Madhuri Dixit Nene and Juhi Chawla, promises to tell one such story. Based on real life incidents, Gulab Gang is a film about women who chose to rise against odds. Well, the stars suggest that the film will open on a good note, but it would be too much to expect it to break the opening-day collection records. Let’s see what else the release time chart of Gulab Gang indicates. 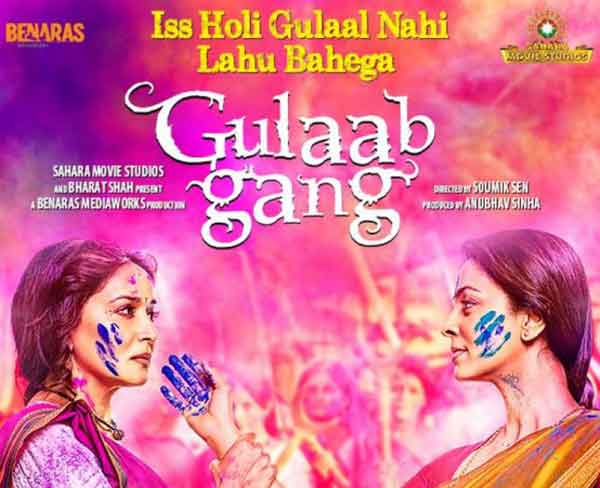 What’s in store for Gulab Gang?