This Diwali, along with the fire crackers and fun, the cinema lovers are in for a Bollywood treat, as they are going to witness a fiery battle at the box office as well. Eagerly awaited films Action Replayy and Golmaal 3 are slated to release coinciding Diwali – 5th November 2010. Inspired from a Gujarati play, Vipul Shah’s Action Replayy is a sci-fi, romantic comedy. Lead actors action-man Akshay Kumar and mesmerizing Aishwarya Rai in their retro avatars are the film’s biggest strength. But, that’s not where it ends, as Action Replayy will have to share the cine-space with a tough competitor, Rohit Shetty’s Golmaal 3, the first Bollywood trilogy ever. The first two parts of Golmaal have already been big hits. Thus the third part is surely a frontrunner for success at the ticket windows across the nation. The multi-starrer that stars Kareena Kapoor, Ajay Devgn, Tusshar Kapoor, Arshad Warsi and many others is going to tickle many a funny bone!

Aishwarya or Kareena? A sci-fi rom-com with a retro feel or an out-and-out laughter riot? What is going to be the audiences’ pick? Ganesha finds out with the help of Vedic Astrology. 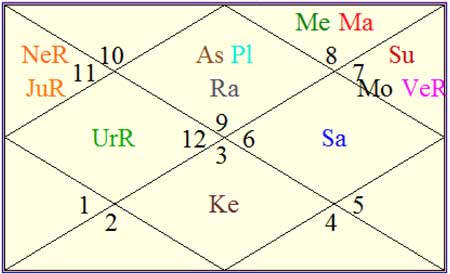 Good luck and may Lord Ganesha bless cast and crew of both these films.