George Clooney back in his dirctorial seat with Leatherheads 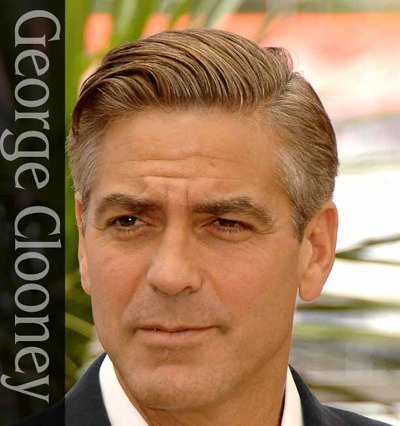 We all know him by the name Mr. Danny Ocean! He has directed Academy Award nominated ‘Good Night, and Good Luck’ in 2005 and also won fame for ‘Confessions of a Dangerous Mind’ in the year 2002. Yes! No prices for guessing that he is none other than George Clooney. His directorial instincts don’t get satisfied at this juncture. After his third movie Leatherheads, Clooney has another venture pre-production process with title ‘Suburbicon’.

As an actor George Clooney has been pretty successful, be it Ocean’s 11, Ocean’s 12 or Ocean’s 13 or serious movies like ‘The Good German’ and ‘Syrina’. He was nominated for Academy Award as a Best Actor in the movie ‘Michael Clayton’.

‘Leatherheads’ is releasing on April 04, 2008. It has been written, directed and starred by Mr. George Clooney.

Ganesha examines Clooney’s luck for ‘Latherhead’ – based on astrological charts. According to some sources Clooney was born at 4:35 am, however, Ganesha finds following data to be more appropriate, used by most astrologers.

Clooney was born at night so he is actually ‘Nocturnal Native’ astrologically. However, Daily Charts are generally termed as Diurnal so Ganesha has also used the same term for the Daily chart.

Ganesha observes that on the day Leatherheads is releasing, George’s Diurnal Chart’s Ascendant is 12th house of his Natal chart, which is a negative point. However, Venus is exalted in the Diurnal chart and Clooney’s Natal Venus is also exalted so he would be under the influence of ‘Venus Return’ phase when the movie releases. Venus return is taking place in third week of April.

Diurnal’s second house, Lord Saturn, is aspecting the house of finances in Diurnal chart but Saturn is retrograde which is a negative point. In the Diurnal chart, fifth house Lord is exalted thus his performance as an actor and director will surely be showered with encomiums in this movie. Natal Second house Lord Jupiter is in it’s own sign in the 12th house of the Diurnal chart and Capricorn Ascendant is also 12th from his Birth Ascendant, Ganesha feels that this film may do lower than expected business on the box office at least for George Clooney. However, if this movie crosses the third week when Clooney is experiencing Venus return, it has scope of doing better business. This movie may not get much repeat audience but George’s fans and comedy fans would enjoy the movie more, feels Ganesha. Angles (1st, 4th, 7th and 10th house) are not very active in the Diurnal chart for 4th April 2008 so this movie may not do extra-ordinary business but it won’t even be a let down. In short, better than average success is augured.

Good luck and may Lord Ganesha bless Clonney with success of this movie.