George and Amal shall enjoy a magical bond, but problems post August 2016 foreseen! 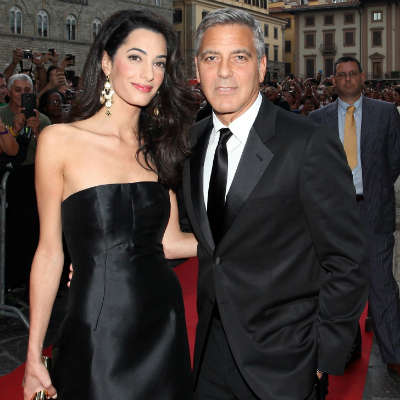 George Timothy Clooney is one star who has always intrigued us and struck us with awe with his trademark effortless charm, underpinned with a novel brand of nonchalance. He has famously dated some of the most gorgeous women in the world, and has a very interesting record of relationships. Being a famous actor, screenwriter, producer, director and activist, he has won a lot of recognition for his brilliant works. He has received three Golden Globe Awards and two academy awards. On April 28, 2014. Clooney got engaged to British-Lebanese human rights lawyer Amal Alamuddin and this relationship has enjoyed mind-blowing attention and popularity. But now, what lies ahead for the stylish George Clooney? Will he be able to enjoy a stable relationship with the amazingly beautiful Amal? Let’s find out! Are you facing struggles in your career? Get accurate career prediction by date of birth Indian astrology.

[Owing to the unavailability of credible birth-time of both the celebrities, the analysis and predictions have been done on the basis of the Solar Chart/ Surya Kundli with the help of their birth-date and birth-place only.]

1) What makes George Clooney so good with women? Is he really the same man in real that we read about or see on Television or is there a mysterious side to his persona?

2) How will his current relationship with Amal, a Lawyer be?

3) Is there another relationship or marriage in store for George or will he remain stable with the gorgeous Amal?

4) Will he be able to present some good movies in the coming years?