Ganesha's wishes on the birthday of Juhi chawala 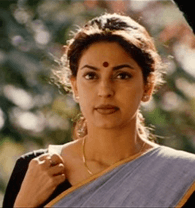 Beautiful woman Juhi Chawla is an Indian actress and model who was the winner of Miss India title in 1984. She is going to celebrate her birthday on 13th November. Ganesha wishes her a happy and bright birthday and also foresees her future. She was born in Ludhiana which is Located in Punjab on 13th November 1967 with rising Pisces Moon sign. Saturn and Jupiter are exalted in Navamansh chart. This is responsible for step by step success in her life. She is famous, successful, and well known in the field of movies. She is very good at acting because Mercury is aspecting the 2nd house. Mars is in Sagittarius fiery sign which provides her with its effective energy and enthusiasm: she is active, dynamic, and courageous. Moreover, there is square aspect between Mars and Venus. This planetary placement makes her make own ideologies and stick to them. Ganesha feels that coming year would be more progressive for her than 2007. Due to transit of major slow moving planet i.e. Saturn, Jupiter will be favourable. She shall have better health during the upcoming year. The next year would be encouraging for her. Presently, she is busy and planning for her future of film productions. However, she is in the twilight zone of her acting career and is now interested in doing only those films which offer her that extra special opportunity. Considering all the planetary transits of next year, Ganesha views that in next year she shall have better planning to build financial strength. Hence, Ganesha feels that she may accept some more offers of big banners in films. Ganesha foresees more success for her in the coming days and wishes the best for her. Ganesha's Grace,Nikunj Suthar,The Ganeshaspeaks Team
Share