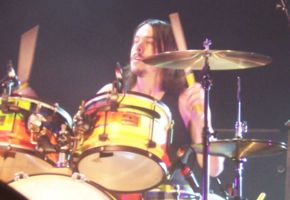 Benjamin David Gillies was born on 24th of October, 1979. He is an Australian musician, best known as the drummer of successful rock band Silverchair. Silverchair is one of Australia’s most successful rock bands. The group has had more top twenty hits during the last decade than any other local artist and they have sold over six million albums worldwide.

Gillies performed a song with Silverchair originally written by Midnight Oil at the 2006 ARIA Awards as part of Midnight Oil’s induction into the ARIA Hall of Fame, during the performance Ben sang back up. At the end, lead singer Daniel Johns spray painted PG4PM (Peter Garret for Prime Minister) on a stage wall.

Gillies performed a song with Silverchair originally written by Midnight Oil at the 2006 ARIA Awards as part of Midnight Oil’s induction into the ARIA Hall of Fame, during the performance Ben sang back up.

Moon is placed in its debilitated sign whereas Rahu, Saturn and Jupiter are in conjunction in the 10th house. Mars is also debilitated and Venus is in conjunction with Mercury and debilitated Sun. The combination of Venus with Mercury pushed him towards music and singing. He has made so many famous albums during Mercury Mahadasha. He is blessed by a nice conjunction of Mercury and Venus. Ganesha feels that after the month of November, Gillies may have better opportunities to earn by his skills and abilities. He shall learn more instruments other than Drum and Guitar. But on the other side, transiting Saturn is passing over the Natal Saturn and Rahu, which can create some nuisance in his professional career. His deep need for financial security and self-sufficiency will provide the necessary impetus for success. Ganesha advises him to wear dark blue or dark colored clothes every Saturday to avoid malefic effects of Saturn and Rahu. He should stay alert till the end of month December because of the transit of Mars.

Ganesha wishes success for him on his birthday.