Ganesha says Akshay Kumar’s Blue will be a blockbuster 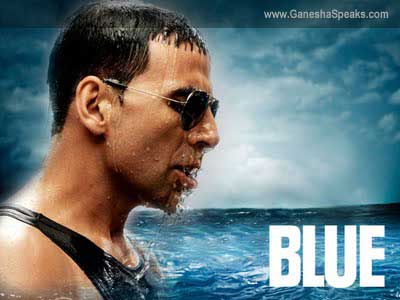 In the Bollywood stable, Akshay Kumar is the archetypical stud. He is one of the actors who has made it big in Bollywood, without a Khan, Bachchan or Kapoor behind his name. In fact, he is currently the highest paid actor in Bollywood.

Known for his daredevilry and penchant for doing his own stunts, Akki Baby has also won over the small screen with his high-octane performance in a beverage ad, and the popular reality TV show Khatron Ke Khiladi.

There are huge expectations riding on his upcoming film Blue, a Rs 120-crore underwater thriller by director Anthony D’Souza. To be released on October 16, just before Diwali, which is considered very auspicious, Blue is one of the most awaited films of the year. Ganesha uses Vedic Astrology system to determine if this Diwali will be auspicious enough for Akshay Kumar, and his forthcoming film Blue.

Ganesha wishes good luck to Akshay Kumar and the rest of the crew of Blue.