A slang word used to eve tease in Southern India gets woven into a song. With a foot tapping tune, and simple yet contemporary lyrics, the entire
composition gets done in a Tamil Gaana style. The percussion beats of Dappan Koothu meet colloquial usages; the folk meets fusion and voil?, magic is created! The song ‘Why this Kolaveri Di‘ becomes a rage overnight. The song receives innumerable internet searches much before its actual launch, gets translated into numerous languages in less than a fortnight, and suddenly a whole nation wakes up to a trivial yet catchy tune it can’t get out of its head.

Akin to the song, the media employed to popularise the song is very contemporary. The song was made viral in such a way that it became a phenomenon in an extremely short span of time. Being now considered as a super-marketing move by the music giant Sony, Kolaveri Di was posted on Tamil, Hindi and International Facebook pages ahead of its launch. In a matter of days, the song bagged the place of India’s most-searched YouTube video ever, the first Tamil film song to play on MTV India and national radio stations. After being widely written in Indian and international press, and evoking the interest of
premier management and marketing schools across the country, the song is still going strong.

What is so special about this seemingly strange song from the upcoming Tamil movie ‘3’? What makes the initially incomprehensible lyrics so special in this song that one cannot stop humming them? Does Rajnikanth’s son-in-law Dhanush carry the trademark fantastic luck as his hugely celebrated father-in-law? What did the social media specialists working in the background did that the viral caught on with such an inexplicable ferocity?

Ganesha with the help of Vedic astrology sets down to read the natal charts of the two most important people associated with this song – the singer
and the composer. Read ahead to know what magic the planets wove to create this phenomenon. 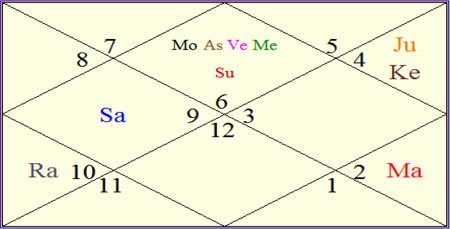 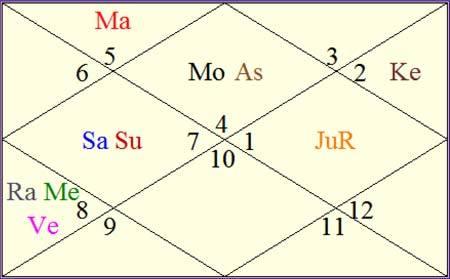 All in all, Ganesha feels that the planets and stars were very supportive to Anirudh and Dhanush. They, in conjunction with the entire effort, conspired to make the the song such a hit. Good luck and may Lord Ganesha bless the creators of the song with great success of their film ‘3’.