Ganesha predicts roaring success for ‘Once Upon A Time In Mumbaai’

Of secrets and smuggles, of drugs and dons, of crimes, Cadillacs and cabarets; ‘Once Upon A Time In Mumbaai’ unfolds the mysterious tale of the rise of Mumbai underworld in the 1970s. While Ajay Devgn and Emraan Hashmi play the controversial roles of dons, Kangana Ranaut and Prachi Desai play their love interests. The retro look of the film reflects Mumbai in the 70s. Directed by Milan Lutharia and produced by Shobhaa and Ekta Kapoor, the film had run into trouble after it was derived that it was based on Haji Mastan, Mumbai’s smuggler and Dawood Ibrahim, the underworld don. However, if not the same, there are situations wherein one can find a close resemblance to their lives; right from luxuries and crimes to obsession with Bollywood.

Going by the box-office records any film which is made keeping Mumbai as a backdrop has faired well and clicked with the audience, be it Company, Fashion, Page 3, or Slumdog Millionnaire. Will ‘Once Upon A Time In Mumbaai’ make it into the good books of Bollywood? Ganesha finds out with the help of Vedic Astrology. 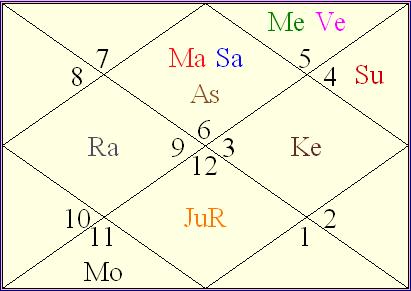 Ganesha wishes good luck to the cast and crew of ‘Once Upon a Time in Mumbaai’.