Ganesha predicts a year of ups and downs for Anne Hathaway 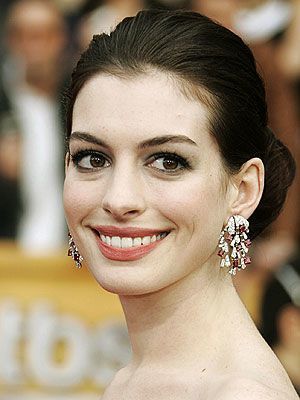 As she celebrates her 29th birthday today, Hollywood actress Anne Hathaway is just one year short of hitting the thirties. However, the lovely lady has no qualms about her growing age, as she has her pockets full at this young age itself. She started off as a child stage artist and took up films at the age of 20, the first being ‘The Princess Diaries’. The pretty girl immediately hit it off with the audience, and there’s no looking back since then. She gained popularity through her dramatic roles in films like Havoc, Brokeback Mountain, and Alice in Wonderland. Known for her innocent face, her name even features in list of world’s ’50 most beautiful people’. Soon she will be seen in ‘Love and other Drugs’. The film has a lot of controversies, and perhaps that’s the reason why Anne is likely to be in the limelight in the coming year.Despite her flourishing career, she desires to take a long break from her acting career to complete her education. Will she be able to fulfil her desire? What’s in store for her in the coming year? Ganesha finds out with the help of Vedic Astrology.Anne Hathaway
12th November, 1982
9 A.M.
Brooklyn, NY, U.S.A.

In a nutshell, during the next year, Anne will be in the limelight in various media, but her focus will be on her acting career.Happy Birthday Anne, wishes Ganesha.Ganesha’s Grace,The GaneshaSpeaks Team