Ganesha foresees a mixed bag of highs and lows on the cards for the famed director Aditya Chopra. 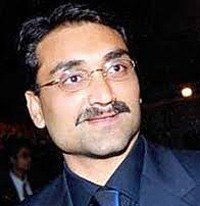 Aditya Chopra, the eldest son of Yash Chopra – the head honcho of Yash Raj films, marked his arrival in Bollywood with his directorial d?but Dilwale Dulhaniya Le Jayenge (or DDLJ as it is popularly called), one of the top grossers in the Hindi film industry till date. He not only directed it, but also wrote the story, dialogues and screenplay for this eternal love-story of Raj and Simran. He was just 23 years old then! Post DDLJ(1995), Aditya wrote dialogues and screenplay for Dil To Pagal Hai (1997), another directorial venture of his father Yash Chopra, and to no one’s surprise the film was loved by the audiences. In 2004, he produced Hum Tum and Dhoom under Yash Raj Films banner, and needless to say, both the films were successful at the box-office. Aditya Chopra added many feathers to his cap one-by-one. With his strong sense of creativity, aesthetic, and business, he has taken the his production house to new heights. When somebody is so successful and influential in the Hindi film industry as he is, you would expect him to be an exhibitionist. But, this reserved, shy and private person lets his work do the talking.

He has also given a platform to a number of aspiring actors, actresses, directors, technicians etc. to try their luck in the kingdom of dreams. Ranveer Singh, Anushka Sharma, Parineeti Chopra, Arjun Kapoor, etc. to name a few actors and actresses. Every new comer or an established actor/actress for that matter has a dream to work with Aditya Chopra, because an Aditya Chopra film is likely to have all the ingredients that makes a successful film. Ek Tha Tiger, starring bollywood heartthrob and megastar Salman Khan and one of the most bankable actresses of bollywood, Katrina Kaif, is the next movie in line to be released under his production. The coming together of Aditya Chopra and Salman Khan is expected to break all the box-office records!

But will his stars support him realise his dream to deliver the most successful film ever? Will his success formula continue to work? On the occasion of Aditya Chopra’s 41st birthday, Ganesha analyses his Surya Kundali and finds out what future may hold for this super-talented and multi-faceted gentleman. 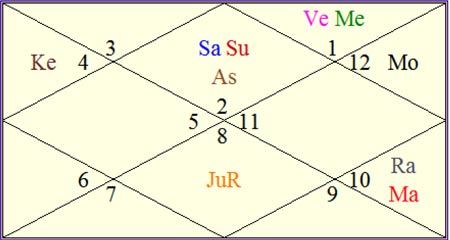 Ganesha wishes a very happy birthday to Aditya Chopra in advance, and wishes him good luck for the year ahead.