How Shall the future of Yo Yo Honey Singh shape up, post his injury? 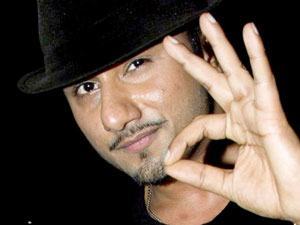 Honey Singh, popularly known as Yo Yo Honey Singh, is an Indian rapper, music producer, singer and film actor. He had pretty humble beginnings as a session and recording artist, and gradually became a Bhangra producer. Additionally, he has ventured out by producing music for Bollywood films. Honey Singh’s popularity started to bloom in Bollywood with his songs like Angrezi Beat Te. He came into the spotlight after his debut song in a Bollywood flick that featured Gagan Sidhu for the film Shakal Pe Mat Ja. The current buzz doing the rounds is that Honey Singh has been paid a mammoth fee of Rs. 7 million just for a song in the forthcoming film titled Mastaan which stars Naseeruddin Shah. The fee that is being paid to a song artist is perhaps the biggest in the history of Bollywood, which undoubtedly makes Honey Singh the highest-paid musical artist in Bollywood film industry ever.

Ganesha, with the help of Vedic Astrology, tries to find out the destiny of Yo Yo Honey Singh post his recent head injury.

Yo Yo Honey Singh’s Surya Kundli 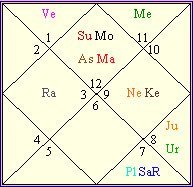 Considering these points, Ganesha feels that Yo Yo Honey Sign would be able to recover from injury soon. Though, due to the ongoing Saturn return phase, it may take him little more time to recover from such an injury (because Saturn is a slow-moving planet).

The Significator of arts – Venus – is in Ketu’s constellation in Honey’s Chart and Ketu is in the Zodiac Sign Sagittarius, so there may be breaks in his career, but only for the time being. Overall, he is going to lead a successful career as a singer, says Ganesha.

His career will not be affected, because of this injury. Yo Yo fans need not worry about this! Good news is that stars indicated that he would be returning back to work by the end of the first quarter of the year 2015.

Despite recovery during the time frame mentioned, Yo Yo may take time to come back to his normal form, feels Ganesha.

Overall, the period till January 2016 can be termed as slightly tough for Yo Yo’s career, because of Rahu-Ketu’s adverse transit mentioned above. However, that’s not going to reduce his fame. He will just have to avoid getting into controversies, while this phase operates. Otherwise, there may not be a major problem.