Period till around 2017 may not be a very bright phase for Freida. 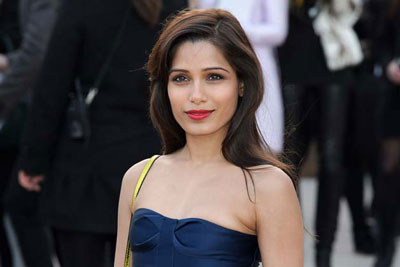 Freida needs to take care of her health!
The unconventional and the offbeat beauty – Freida Pinto became an overnight sensation for her role in the movie Slumdog Millionaire, which was a phenomenal movie which brought great fame for India. This actress is been one of the most successful actresses of Indian origin in Hollywood. She was nominated for several awards like the MTV Movie Awards, BAFTAs, Teen Choice Awards! She has acted in films like Rise of the Planet of the Apes and ‘Trishna’. What lies ahead in the year ahead for the star? Find out in the article…

In a nutshell, it’s going to be a pretty average year ahead for the ‘Millionaire’ star!
Ganesha wishes a great time ahead to Freida Pinto.