How far will Guddu and Rangeela manage to run at the box office? 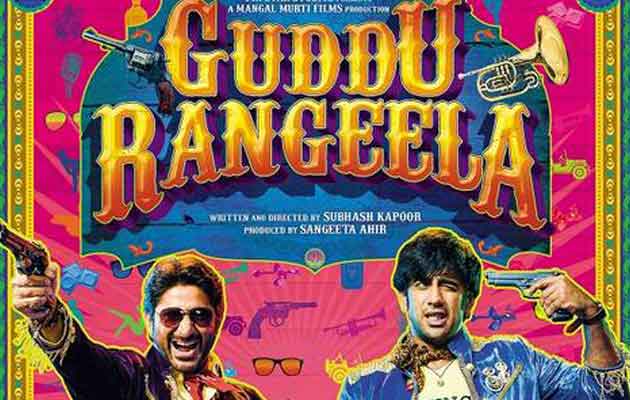 Soon to be released Bollywood comedy flick Guddu Rangeela stars quirky actor Arshad Warsi, versatile Ronit Roy and a relative newbie Amit Sadh in the lead roles. Pretty Aditi Rao Hydari, the female lead in the film, plays the role of a deaf-mute girl in this upcoming comic drama. And, she is the one the three are apparently after in the film, which centres around that plot where Hydari is kidnapped by the cousins duo Guddu and Rangeela—orchestra singers who are struggling to meet the ends.
What happens as the story unfolds and new characters take shape, including an antagonist Billo, played by Ronit Roy. The eclectic film, however, recently ran into a controversy, when one of its popular and funny songs—’Mata Ka Email’—was not well received by certain audience sections. Here, Ganesha looks at the Release Time Chart of the film Guddu Rangeela to predict how the movie is destined to score at the box-office.
03rd July 2015
Release Time Chart
Main Territory, Bombay 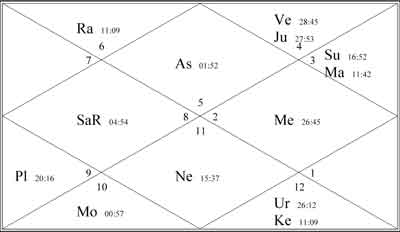 Ganesha wishes good luck to the cast and crew of the film Guddu Rangeela.