Saturn will pockmark his path, while Jupiter will salvage his efforts – says Ganesha for Fawad Khan. 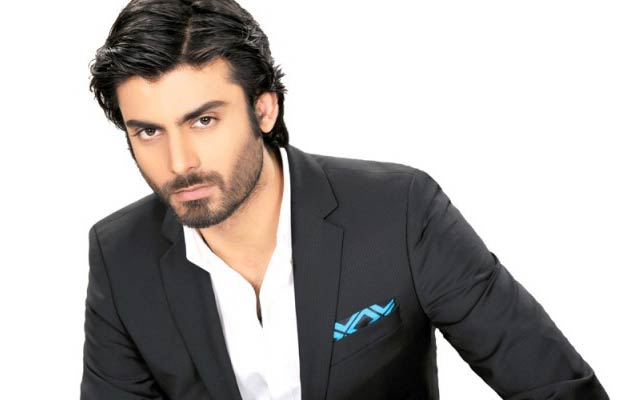 Fawad Afzal Khan or, as we know him, Fawad Khan is Pakistani film and television actor, rock singer and model, who made his Bollywood debut with 2014’s rom-com Khoobsurat opposite Sonam Kapoor. The film did not do too well, but the hot hot Khan did catch many an eye as the reclusive and broody prince charming. The role also helped Fawad Khan bag the Filmfare Award for the Best Male Debut of 2014-15. Also the lead actor in television soap opera Humsafar, currently running on new general entertainment channel Zindagi. With Fawad grabbing eyeballs and signing some big film projects, including Karan Johar’s next, Khan from Pakistan looks set to make it big in the Indian film industry. Will he? Ganesha looks at his Solar Horoscope to predict the way ahead.

Starry Picture
Fawad is born with a Vargottami Venus. When any planet is Vargottami in a Horoscope, it becomes powerful. In Fawad’s case, Venus is in the same Sign i.e. Sagittarius in his Navmansha Chart too. Plus, Venus is the prime significator of the fields related to creativity/arts. Thus, this planetary alignment blesses the hot actor with ample creative talents. His Solar Horoscope also suggests that Fawad is tuned to be a controlled, wise and meticulous actor. Generally, the creative people born with their Venus in Sagittarius are known as ‘Director’s favourites’, and such shall be the case for Fawad.

The Bollywood Bus…
Given the fact that currently the transiting Saturn is moving over Fawad’s Natal Sun and Mercury, posited in the Zodiac Sign Scorpio, Ganesha feels that Fawad’s present run in Bollywood may remain only about average. The time till January 2017 – till when Saturn shall continue its journey through Scorpio – shall remain a time of hard work, constant endeavour and struggle for the Pakistani actor. The way he plays his innings in this time shall only decide how well he will be able to establish himself in Bollywood.

The Silver Lining!
It is noteworthy that the transiting Jupiter’s Square with Fawad’s Natal Sun and Mercury – starting July 2015, when Jupiter moves to Leo – till August 2016 – will be supportive and positive for the actor and his creative endeavours. This is the time when we can expect some of Fawad’s films to hit the screens or some good news from him. Overall, this may be the time when he shall catch the limelight.

Patience Pays…
Ganesha reminds that despite some favourable planetary transits foreseen for Fawad, in the nearer future, it will be very important for him to keep working hard and remain patient, even in the face of struggle. Given the fact that Fawad’s Natal Sun shall remain shadowed by Saturn till January 2017, he will have to steer clear of hasty decisions, tiffs/ conflicts with seniors and situations that may spiral out of control.

The Fourth Mighty Khan – Is he?
If we ask the stars, if Fawad Khan will succeed in taking the position of the fourth mighty Khan of Bollywood – the answer comes out to be a probable no. The chances of that happening are very less. Ganesha contends that even though Jupiter and Venus are in exchange in Fawad’s Chart, Venus, the significator of creative energies, is not placed in its Sign of exaltation. This planetary factor may not let the Pakistani actor attain his prime in the Indian film industry. There is no doubt about his talent, but the cosmos and stars are not placed well to support him much, in a location away from his birth place.