A year with various aspects to it awaiting the ‘Dhoom Machale’ girl! 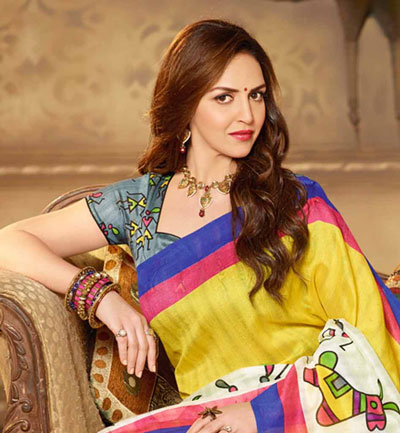 Esha Deol, a graceful dancer and a good actor, won the best female debut award with her very first film Koi Mere Dil Se Pooche. Being daughter to the all time favourite Dream Girl, Hema Malini and the Heartthrob of many generations, Dharmendra, this promising actor went on to garner more appreciation for her portrayal of varied characters in films of different genres like Yuva, No Entry and Just Married. When she married Bharat Takhtani, this envy of many girls became the Darling of one. She has also earned rightful praise for her dancing skills. On the occasion of her birthday, Ganesha takes a look at her Solar Chart…

What will she do next…

Will she shift careers or make a comeback…

Please note:In absence of the exact time of birth, the above predictions are basis Solar Horoscope. Also, the information about kids is difficult to predict without birth details of both the spouses, hence for now the prediction on kids is also only basis Esha’s Solar Horoscope.