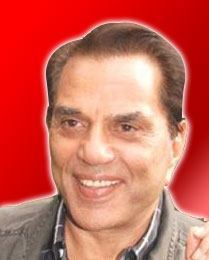 Introduction: Known as the HeMan of Bollywood, this matinee idol is a living legend of the Hindi Film Industry. From the Viru of ‘Sholay’ to the boxing obsessed father’s role in ‘Apne’, Dharmendra has come a long way and is still going strong. In the light of this, Ganesha predicts his future.

Transiting Rahu will be passing over natal Mangal in the months of May, June and July. During this period there are possibilities of an accident or a strange disease. He may be operated upon or may have some cancer related problems. Blood related disorders are also possible.

There are possibilities that he may get some award and public recognition for his achievements in 2009. He may support his kids well and may even find that his children are progressing too. He may in fact produce some good movies in 2009 or some movies may be released, which he may have acted in.

We may also notice his religious and spiritual inclinations in this year.
From his birth date to mid February 2009, there may be some or the other trouble like loss of wealth or damage to wealth. However, he will be able to spend some good time with his family till the end of May. There may come some occasions for him to cherish like a marriage or birth of a grandchild. He may also gain wealth or be bestowed with fame and honor during the same period. In the months of June and July, he may have to face harassments from people and the authority figures. He may be treated with disrespect. He may also enter into friction with people during the same period. The period till mid September will be average for him. During the time gap till his birthday in December 2009, any of his films released which he might have either produced or acted in it, might have to face a box office failure.

Prediction
In short, the year though bears a good flavor, the last quarter of 2009 may be very dampening. Health issues could flare and come to the fore front in the months of May, June and July. However, he may produce or plan to produce a film in any period throughout the year 2009.