Dharam Paaji, Like his On-screen Self, Is a Perfect Mix of the Venusian Grace and Martian Muscle! 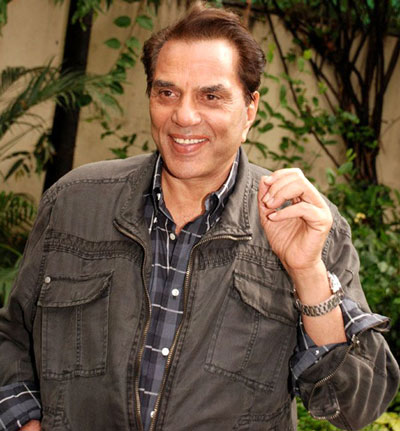 Paaji should be careful of his health in 2016; Possibilities of another Deol Extravaganza cannot be denied!

Dharmendra – the He Man of Indian Film Industry (the mantle which is supposed to have been passed onto him by Dara Singh), was one real charmer of an actor! With that great charm and good looks as refreshing as those fresh flowers plucked out of a garden, Dharmendra had an inimitable style of acting and enjoyed tremendous popularity and commanded great fan-following. He was considered to be a perfect mix of masculine brawn and charismatic grace and his good-boyish looks and style got us all awestruck, especially in films like Satyakam, Phool Aur Patthar, Mera Gaon Mera Desh amongst many others! Being a true-blue Punjabi, Dharmendra, lovingly called by all as Dharam Paaji, has been known to enjoy life to the hilt and is one of the most free-spirited actors of Bollywood, and here age doesn’t matter at all, the forever young-at-heart star that Paaji is! His sons, Sunny and Bobby have also created their own niche in the Film Industry, with the action-packed performances and hard-hitting dialogues, à la their father! These three robust and happening men make for one of the most powerful and famous father-sons troika and yes, they rocked together on-screen as well, apart from their in-house bonhomie! But, how will the year ahead unfold for them? What makes Dharmendra one of the most-loved actors of all-time and what do the planets have in store for him? Will junior Deol – Bobby be able to bounce back? Let’s find out the answers with some help from the stars…

The Troika of Sun, Mercury and Jupiter!

Moon-Venus – the Cosmic Masters of Creativity in Opposition…

The Specific Role of Venus…

Saturn blessing Him With Wonderful Luxuries?

The ‘HE MAN’ of Hindi Cinema!

The Path Ahead for Dharam Paaji: