Will stars whip up a successful recipe for Daawat-E-Ishq? Finds out Ganesha. 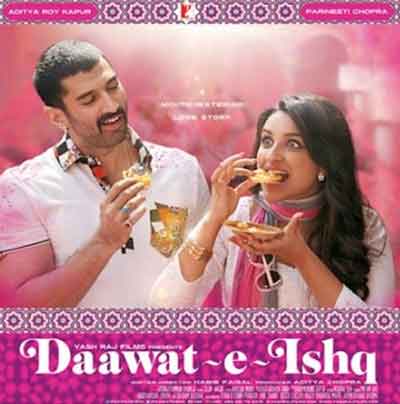 Slated to release worldwide on 19th September 2014, the film Daawat-E-Ishq is a Bollywood comedy drama starring vivacious Parineeti Chopra and handsome hunk Aditya Roy Kapoor. Known best for his role of a singing sensation gone astray in his first lead film role in Aashiqi 2, Aditya Roy Kapoor will be seen in an entirely different look and character as a Lucknowi cook and lover in this supposedly spicy love story of the opposites. Produced under Yash Raj banner and directed by Habib Faisal of the Ishqzade fame, the film promises to take the audiences on a tasteful journey of love, laughter and foody aromas.

Daawat-E-Ishq when literally translated in English reads as Feast of Love. Will this film really turn out to be a feast for senses? Ganesha looks at the Release Time Chart of this film to predict the way ahead.