Daniel Day-Lewis Retires From Acting: What Next? Predicts Ganesha 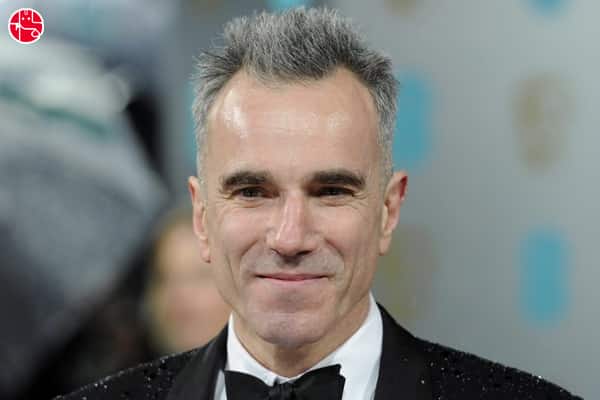 Indeed, Sir Daniel Michael Blake Day-Lewis or simply Daniel Day-Lewis is an actor with a difference. Lewis is one of the most selective actors in the English film industry and has done only five films since 1998 with as many as five years gap between his roles. But the few movies which he has done have won him wide acclaim and glory. Daniel’s career has been a huge success. Are you interested in knowing the future of your career? Just get the Free 2017 Career Report and know your future.

Daniel Day-Lewis has won numerous awards including Academy Awards for Best Actor for his performances in My Left Foot (1989), There Will Be Blood (2007) and Lincoln (2012). While Daniel Day-Lewis is a very popular actor, he is highly protective of his private life and makes very few public appearances.

Daniel Day-Lewis recently announced his retirement, following the completion of his role in Phantom Thread. Now everybody is thinking about his future. Well, Ganesha has invoked the stars and found what the future holds for him. Here are the findings: Daniel Day-LewisDate of Birth: 29th April 1957Birth Time: UnknownPlace Of Birth: London, United Kingdom (U.K.)

The Planetary Positions In His Horoscope

The shadow planet Ketu symbolises enthusiasm and impulsiveness. Ketu is the originator of intrinsic strength. The conjunct of Mercury and Ketu in Daniel Day-Lewis’ horoscope has made his dialogue delivery amazing, That is why he can speak so many dialogues in such good manner. In fact, his dialogues frequently become the punch line of his movies. The conjunct of five planets has bestowed Daniel Day-Lewis with a superb acting ability and dialogue delivery skill.

His Ability To Enliven Every Character

Daniel Day-Lewis is one of the most popular characters in the film world. He began his career in 1971 with his movie Sunday Bloody Sunday. He acted in the movie Movie My Left Foot in 1989. Daniel Day-Lewis won several awards for this movie and was able to make a big mark on the minds of his audience. He has done only five movies since 1998. In spite of there being long intervals between his movies, audience’s love for his has not waned at all. Daniel Day-Lewis does not like discussions about his private life. He hardly interacts with the media. Daniel has definitely made a mark in the audiences’ mind. His quality and hard work have given him excellent results in the last several years. But how will life treat you in the near future? Buy the 2017 Detailed Yearly Report and know your future.

Staying away from publicity, Daniel Day-Lewis has created a world of his own and prefers to stay therein. The astrological reason for this is the conjunction of Sun and Moon in his horoscope. While Sun is Soul’s factor, Moon stands for the Mind. When Soul and Mind enter into a union, it leads to a situation where one becomes a loner. This attribute is clearly visible in his behaviour. He is also able to put utmost quality in his work and make his character live.

He Is Destined To Get Fame and Prestige

While looking at his horoscope, we find that exalted Sun is staying in Aries sign of the Ascendant. Sun is said to influence matters related to government, high placed officials, political leaders and other influential people. Therefore Daniel Day-Lewis was honoured by the government. Irish government even issued a postal stamp in his name. The power of Sun will continue to tilt the fortunes in his favour.

The five planets have got together in his very first house. The first house signifies Soul. The combination of all these planets creates an unusual strength in Daniel Lewis. This is the reason why so many people get attracted to him. Daniel Day-Lewis is able to accomplish every task because of his super skills and magnetism. Thus, he has been so popular and has won so many awards.

He Will Scale New Heights Post-Retirement

Recently Daniel Day-Lewis announced his retirement, after the completion of his movie Phantom Thread. His sudden decision has shocked his fans. But Ganesha is telling something surprising. Ganesha feels that Daniel Day-Lewis will achieve new heights between October 2017 & January 2018 and between May 2018 and July 2018. Don’t be surprised if Daniel Day-Lewis gets into active life, on the persuasion of his fans. However, he will need to take good care of his health during 2018.