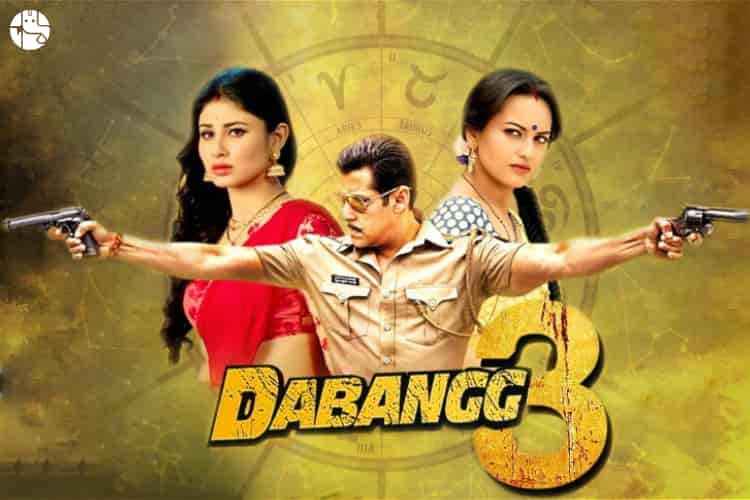 The much-awaited movie Dabangg 3 is all set to be released in cinema theatres & multiplexes on 20th December 2019. It is a sequel to Dabangg 2, which came in 2012 and is the 3rd movie in the Dabangg film series (the 1st one being Dabangg, which was released in 2010). The movies Dabangg and Dabangg 2 had entertained the Indian audiences to the hilt. The character of Chulbul Pandey (enacted by none other than Salman Khan), an honest cop who fights goons & criminals in order to safeguard his family & friends won the admiration of people far and wide. The earlier two movies were packed with comedy, action and a story which appealed to the audiences making them super-hit. Well, it remains to be seen whether the 3rd movie of this series, Dabangg 3 will live up to the expectations of the audience.

Tracing Dabangg 3’s History: Will It Happen Or Will It Not?

The happening of Dabangg 3 has passed through an interesting phase of developments. There was much speculation around whether a sequel to Dabangg 2 will happen or not. However, in 2014, during the promotion of Dolly Ki Doli, director of Dabangg Series Arbaaz Khan confirmed that Dabangg 3 will happen for sure and its pre-production will begin soon. He had further said that the story idea of Dabangg 3 should be quite out of the box. It has to be something very different and not just the story being carried forward, he had added. That is about the movie. Do you want to know how will be your life in 2020? Know your future in 2020. Make the most of your life.

As the movie is all set to be released, here is what Ganesha has predicted about the movie:

Venus signifies art, music, entertainment and the film industry. The release time chart of this movie shows that Venus is the Lord of the 10th house of Business and is placed in the 1st house. Besides, Mercury is the signifier of content & script, which is placed in the 11th house of gains. So, all the lead actors including Salman Khan will do really well in this movie, which will boost Salman’s name and fame all the more. He will retain his image as a superstar. Venus will influence this movie in a positive way. Know how will the ongoing Venus transit in Scorpio impact your life.

Will Dabangg 3 Be A Hit? Here Is The Astrological Clue

In the release time chart of Dabangg 3, the 10th house Lord Venus is placed in the 1st house. Also, Mercury is placed in the 11th house. This and various other planetary arrangements indicate that the movie is going to be a success. Also, read how can the Mercury transit in Scorpio influence your life.

If we consider all the factors, Ganesha feels that Dabangg 3 will open to a positive response at the box office. Most cinema halls & multiplexes will remain house full during the initial weeks of the movie’s release. The good run at the starting of this movie will continue for the 1st few weeks which will help the movie do good business. The movie will be appreciated for the performance of its lead actors, thus producers and director too will win accolades. We may also see some ‘Prabhu Deva’ element, as he is the director of this film. So, the film may do good business in India and abroad. It has the potential to reach the Rs 500 crore club.

Audience Will Be Pleased With The Movie, Here’s Why

As stated earlier, Moon, Venus and Mercury are well placed in the event chart. Thus, the audience can expect good entertainment. All the actors and actresses will deliver their best. Planets indicate people will appreciate the movie and those who have worked in it. The position of Venus indicates that movie’s music tracks will appeal to the younger generation. Summarily, Dabangg 3 will live up to the expectations of the audience.