Caution on the personal front will help Aamir Khan sail smoothly in the year 2012, says Ganesha. 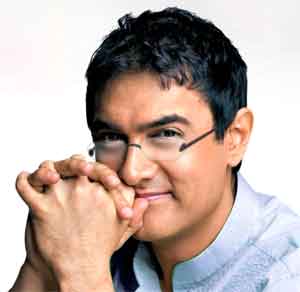 Each time he has chosen to do a film, he has enchanted audiences with his versatility and acting prowess. Coming from a very filmy background, he entered the Indian film industry as a child actor with a small role in the unforgettable Yaadon Ki Baraat. As he grew up, he took the nation by storm with his chocolate-boy, delicious looks and shy-sweet smiles in a movie that brought back romance to the Indian cinema. Today, his place as one of the most
brilliant actors of his generation is irrefutable, his dedication unquestionable and his charm, well, irresistible! And, he is none other than the powerhouse of talent, full of spark and very spontaneous Aamir Khan.

With the success of lovable Qayamat Se Qayamat Tak and the famous song ‘Papa kehte hai bada naam karega’, Aamir became nation’s heartthrob overnight. He won the Special Jury National Film Award for his performance in the movie. Aamir did appear in a few unthoughtful roles post his first, but the success, youth, euphoria and multitude of offers couldn’t derail him. And, in those nondescript movies too, his performances rarely came under a scanner! Post a self-imposed break, Aamir forayed into superior, cult-films with the inimitable Lagaan. Post that Aamir has never looked back. Incidentally, Lagaan also marked the d?but of Aamir’s production house.

Raakh, Rangeela, Ghulam, Raja Hindustani, The Earth, Sarfarosh, Dil Chahta Hai, Mangal Pandey: the rising, Isha, Fanah, Taare Zameen Par, Rang De Basanti and, not to forget, 3 Idiots – the list is endless, but one thing’s sure, Aamir Khan has never failed to surprise and awe audiences with his power packed performances and shocking versatility. The multi-talented producer-director is fondly and aptly known as Mr. Perfectionist. He rigidly sticks to his one-film-a-year rule, and still goes on to gracefully add to his list of accomplishments in all genres of acting, be it comedy, romance, thriller or action. In fact, Aamir has set a benchmark in the film industry that is truly unmatchable.

The ace actor whose major release Talaash is awaited in the year 2012 will be celebrating his birthday on 14th March. Will Aamir have a smooth sailing in the coming year? Will he continue to rule the roost as a spectacular performer? Ganesha, with the help of Vedic Astrology, looks at the natal chart of the actor, who recently became a proud father with wife Kiran Rao. 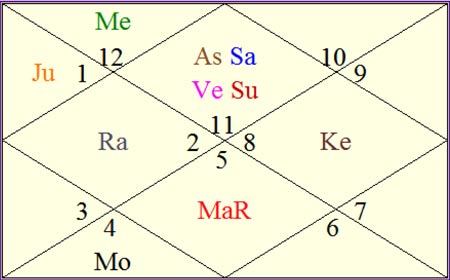 In a nutshell, Ganesha feels that the year ahead is going to be above average for Aamir Khan.