Can the Beckham couple expect a Golden anniversary? 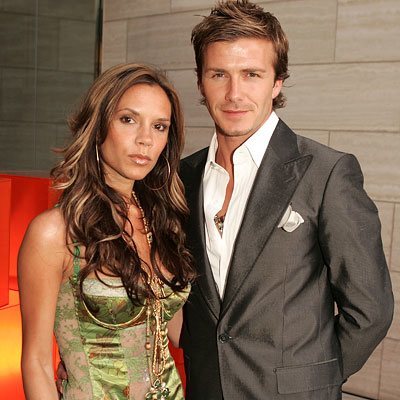 David Beckham is an English soccer player happily espousing Spice Girl Victoria Beckham for the past nine years. Victoria Adams started dating football player, David Beckham, in 1997 after they had met at a charity football match, prompting him to request a meeting with her. The couple announced their engagement in 1998, and were later married at
Luttrellstown Castle, Ireland on July 04, 1999. It’s almost nine years that they have remained enveloped in nuptial bonds.

Ganesha, on this pious occasion of their ninth wedding anniversary, tries to examine the future of their marital bliss.

World famous English soccer player David Beckham was born on 2nd May 1975 at Leytonstone London, UK with Gemini Ascendant. Spice Girls Victoria was born on 2nd May 1975 at Essex with Leo Ascendant. Ganesha notes that David’s Ascendant is in sextile aspect with Victoria’s Ascendant, which indicates good understanding between both of them. Both David and Victoria have Sun in Aries sign this means that both are moved by the same principles of freedom and independence.

Ganesha notes that David Beckham’s Moon is in Capricorn sign and so David is focused on achieving professional security. Victoria’s Moon is in Aquarius sign so she has little interest in the struggle for status and professional survival. She is more socially concerned and deeply involved with her friends and colleagues. Both take life seriously however, and they probably have a grudging respect for each other.

Ganesha notes that David’s Venus is in Taurus sign so David is sensual and faithful by nature, with a strong need for security, both romantically and materially. Victoria’s
Venus is in Aquarius sign so Victoria is too much involved in friendships. Victoria can be committed and faithful.

Ganesha notes that David’s Mars and Victoria’s Venus are placed in Aquarius sign, which indicates that this match is made in heaven and this is a major factor of compatibility. It
also which also shows a strong bond and increases the harmony and stability in the relationship.

What does the future look like for the Beckham couple?

Ganesha feels that David and Victoria have good marriage life but Ganesha notes that transiting Rahu will pass through 7th house in David’s chart. Transiting Ketu will pass
through 11th house over lord of the 7th house of relationship i.e. Saturn and Mars in Victoria’s chart, which indicates that there is apprehension of temporary separation, misunderstanding or quarrel between January 2009 and May 2010. This may also lead to communication issues during this period, so they have to be careful.