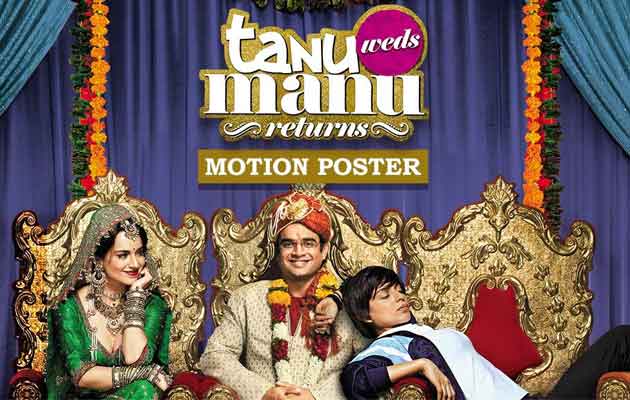 After the huge success of the 2011, Tanu Weds Manu, director Anand L. Rai has dished out a sequel – Tanu Weds Manu Returns – another romantic comedy, starring Kangana Ranaut (double role) and R Madhavan. This quirky movie produced by Krishika Lulla of Eros International also features Jimmy Shergill, Deepak Dobriyal, Eijaz Khan and Swara Bhaskar. The foot-tapping music and background score has been composed by Krsna Solo, while Raj Shekhar is the lyricist. The songs and trailer of this much awaited sequel, are already being appreciated by the audiences and the B-town celebrities. Scheduled to be released on Friday, 22nd May, 2015, will the cast, crew and plot of Tanu Weds Manu franchisemanage to once againentice the audiences? Finds Ganesha.