What fortune has in store for Bollywood’s Top 4 Actors in 2015?

Bollywood, as always, was ruled by many enchanting, arresting faces in the year gone by. The screen scorching heroes’ set included the existing clan of talented actors to many new entrants and of course, the ever towering Khans. Yet, there were some who stood out, amidst this medley. Here’s a list of 4 of them, who wowed us, and who’s films we await eagerly in 2015. Ganesha looks at their Solar Horoscopes to predict the way ahead for them in 2015. Read on. 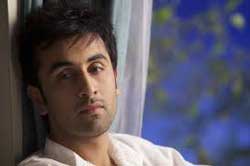 Ranbir Kapoor
Suave, charming, dapper, versatile and possessor of great acting ability, Ranbir Kapoor has, time and again, managed to prove his charisma and capabilities. Ranbir may be gifted with an enviable lineage, yet the surprising alacrity with which he moved out of the shadows of his famous Surname to create a niche for himself, solely basis his talent and work, only adds to his overall success. A blend of both style and substance, Kapoor may not have had any release in 2014, yet his cult-following is far from waning. His much awaited film Roy is about to hit the theaters pretty soon. Ganesha takes a look at the Solar Chart of Ranbir Kapoor to predict the way ahead for him.

For Ranbir, the year ahead looks progressive, says Ganesha. He will not only appear in good films, but may also win some award during 2015. Any of his films releasing before August 2015 may do good business, and/ or he will manage to earn good credit out of the same as an actor. He may also appear on smaller screen more frequently during 2015, feels Ganesha.

Saturn’s transit over his Natal Mars, however, indicates a scope of injury or some health issues for him. So, he must try to remain more careful.

In 2015, his personal life may take a good shape, but, overall, he may still remain a bit indecisive about his relationship. In fact, if left to his devices, Ranbir will wish to take a call on this next year, feels Ganesha. 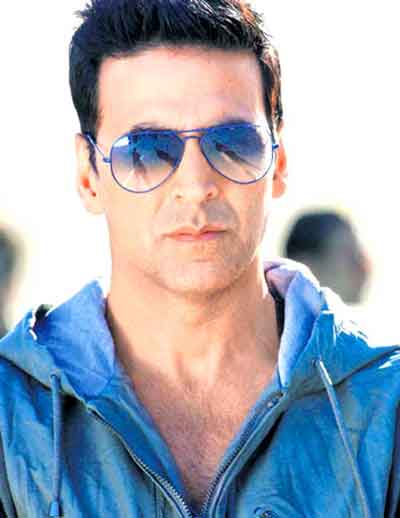 The versatile actor who refuses to fade, the one who refuses to give in, despite being alleged to have been doing mindless cinema, Akshay Kumar has created an altogether different league for him in Bollywood. He may not be among the front-runners or the favourites at the Bollywood, like the Khans, or may not be working with big banners, but he has a fan-following, which refuses to budge. His popular films tend to have a cult following. In 2014 too, Akshay Kumar had a fantastic time, given his career success. He had two film releases back to back – Holiday released in June 2014, and Entertainment released in August 2014. Both these films did excellent business at the box office. Will Akshay continue his success run in the 2015? Let’s see what the stars have to say for that!

Birth Details – 9th September 1967, Amritsar, Punjab
Overall, for Akshay Kumar, Ganesha feels that the year 2015 shall be pretty great. Akshay is currently under the influence of Jupiter return, and in July 2015, Jupiter will start transiting over Akshay’s Natal Sun and Venus, which are placed in the Zodiac Sign Leo in his Solar Horoscope.

First of all, says Ganesha, it is very likely, thus, that along with his usual action movies, Akshay will also be doing some light-hearted comedy films in 2015.

Secondly, he should avoid performing very risky stunts, as Saturn’s transit over his Natal Mars may make him accident prone.

The third and most important planetary implication is that the second half of the year 2015 shall be the time for Akshay Kumar to catch the sun. So, if he happens to nurture plans of turning producer with a big budget movie, he should surely aim for only the latter half of 2015.

Hrithik Roshan
Known to be one of the most dedicated actors of Bollywood, and also the possessor of one of the best bodies in the Indian film industry, Hrithik Roshan is a name to reckon with, when it comes to a great combination of talent, skill, good looks, fitness and versatility. Yet, despite being such a superior package, Hrithik has not done as many film as some of his contemporaries. Undeniably, the audiences will love to see him more on screen. In 2014, he appeared on the silver screen after almost a gap of over a year with Bang Bang. Although the movie fared well on the box office, it failed to do much for Roshan’s reputation as an actor. Can we expect some action from the Greek God in 2015? His Solar Horoscope may have the answer, and Ganesha reads it for you.

Birth Details – 10th January, 1974, Mumbai
The transiting Rahu and Ketu will be in a Square aspect with the Natal Mercury, Sun and Rahu in Hrithik’s Solar Horoscope. Thus, it indicates that the year ahead is going to be a bit stressful for him. His health too may require attention.

Luckily, Venus and Jupiter in his Natal chart will be getting aspected by the transiting Jupiter. Given this, Roshan will be able to live up to his reputation.

Thus, even though, physically. Mentally and emotionally, 2015 may be a slightly tough year for Hrithik, he shall not let all that affect his career as a film actor. Outwardly, he will manage to reign in his emotions, and shall continue to stride ahead confidently. If he happens to work on bigger projects this year, a delay is envisaged, but overall, his performance shall surely be appreciated. 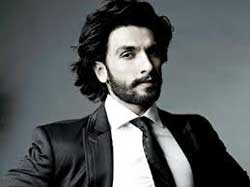 Ranveer Singh
The new kid on the block, Ranveer Singh is catching up with the Bollywood big-wigs at an admirable pace. The year 2014 was overall average for Ranveer Singh’s career. In February 2014, his film Gunday was released, with him in the lead role, which did relatively well at the box office. He also appeared in numerous film events, and did a cameo in the offbeat Finding Fanny. Released in the year end, Ranveer’s Kill Dil, however, failed to impress the audiences. But, Ranveer managed to catch the eyeballs, given his (speculated and alleged) relationship status and attachment with Bollywood’s leading diva Deepika Padukone. What do the stars foretell for Ranveer’s acting career in the year 2015? Ganesha takes a look at his Solar Horoscope to predict.

Birth Details – 6th July 1985, Mumbai
For Ranveer Singh, the year 2015 may be pretty tough, as he looks set to face a plenty of competition. He will have to work harder, not only with regard to his performances, but will also have to be very very selective in terms of choosing his roles.

Aggressive behaviour and remarks will have to be avoided, as far as possible. Ranveer Singh’s focus, thus, in the year ahead will remain more on his career, rather than his personal life, which may also create some sort of imbalance in his life.

The transiting Rahu Ketu’s Square aspect with Ranveer’s Natal Mars and Sun are indicating a stressful period for him, during which his patience, as an actor will also be tested. July to September 2015, nonetheless, will bring a favourable period for Ranveer Singh.