Time to re-align, review and reflect, tells Ganesha to Shaan on his 43rd birthday. 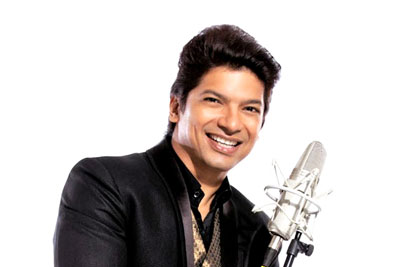 A bumpy ride ahead in 2016 for the singer Shaan in 2016….
The owner of the soothing, mellifluous voice behind Bollywood romantic chartbusters like Woh Pehli Baar, Suno Na, Jab Se Tere Naina among scores of others and also numerous songs in Bengali, Marathi, Telugu, Kannada and Urdu (Pakistani) movies, playback singer Shantanu Mukherjee nee Shaan turns a year older on 30th September. This cool Libran has also appeared in many television shows as a host/ judge, entrancing rapt audiences with his stage presence and heart-warming dimpled smiles. What do the stars say for the 43 year old singer in the coming times? Let’s ask Ganesha….

[Owing to the unavailability of credible birth-time of the celebrity, the analysis and predictions have been done on the basis of only the Solar Chart/ Surya Kundli.]

Well, the planets seem to indicate struggle and some confusion in the singer’s career and progress path, in the year ahead. Things may seem slower than usual – blame it on the transiting Saturn that aspects Shaan’s Natal Saturn as well as Natal Venus.

Note the dates…
Things may get worse for him, once Rahu joins Jupiter in Leo, after 30th January, 2016 – starting its journey over Shaan’s Natal Venus – the signifier of creativity and arts. The ebullient musician may, then, find it difficult to attain his creative heights. His abilities may remain shrouded under a cloud!

Avenues?
Further, planet gazing by Ganesha points that Shaan may find it difficult to get big or extremely creative projects. The limelight too may seem to evade him – for a better part of the year 2016.

Careful!
Post 30th January, 2016, when Jupiter’s positive effect shall get diluted, owing to malefic influence, things may get a bit tougher for Shaan. He may remain confused or may end up making some wrong moves.

Silver Linings….
As Mercury is Natally exalted in Shaan’s Chart, the smaller screen will bring him higher recognition and benefits than the big screen, affirms Ganesha. Thus, in 2016, Shaan should focus his attention towards the television projects, as they will help him stride ahead.

Look at the bright side….
Overall, Ganesha feels that this may turn out to be just an average year for Shaan – the singer. But, Shaan – the individual may learn many life lessons, over the course of this year. Saturn will prod him to get more regular and disciplined in his approach, while Rahu in company of Jupiter may reveal some hidden, deeper meanings of life for him.

Shaan should take this year to reflect and review – action can come later, says Ganesha! He wishes a great time ahead to Shaan.