Ben Foster: A Winner as per Ganesha’s views 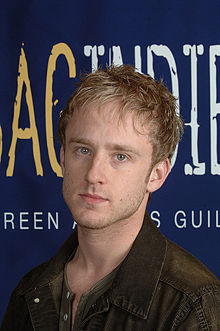 At the age of sixteen, Foster dropped out of high school and moved to Los Angeles. In 1996-97, he appeared in the television series Flash Forward. In the next few years, Foster had small roles in two made-for-TV movies and in two episodes of the series Freaks and Geeks. In 2001, he acted in Get Over It. Foster also had a chronic role as Russell Corwin (22 episodes) in the HBO Original Series. Later than, Foster also appeared in Hostage at the side of Bruce Willis, Kevin Pollak and Michelle Horn.

Foster has Gemini Moon sign with placement of Rahu in second house. Jupiter and Saturn are in conjunction with debilitated Venus. On the other hand, Lord of Moon sign is in conjunction with debilitated Sun, whereas Mars is posited in its own house. Hard work and challenging situations are certainly indicated – probably within the period of December and January. He should take care of his health during the month of December. But, Ganesha feels that transiting Jupiter will have more benefits regarding good fortune and publicity. This position of Jupiter tremendously increases will-power and he is likely to be motivated by the need to win and to be first in his particular field. He shall have good quality of logics and decision making. A good turning point may be there after January. Ganesha advises him to be aware of money matters after August 2008. He is required to develop careful financial abilities, conservative investment strategy. Financial growth and business expansion will require much hard work and diligent effort; however, success will ultimately come through steady but slow returns. Land and property deals will be favorable.

Ganesha foresees a bright future for Ben Foster. May he achieve everything he aims for!