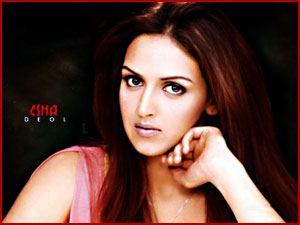 Daughter of the yesteryears’ ‘Dream girl’ Hema Malini and ‘He-man’ Dharmendra, Esha Deol certainly has beauty and acting talents in her genes. So, when this half Punjabi and half-Tamil beauty, the (step) sister of the famous Deol brothers, decided to enter the glamorous and fascinating world of cinema, it didn’t come as a surprise. In fact, Esha’s d??but on the silver screen only raised many hopes. Recipient of the Filmfare Best Female D??but award in the year 2002, Esha is a trained Bharatnattyam and Odissi dancer and a seasoned football and handball player. Multi-talented, eh!

However, in spite of she being a famed star-kid and bagging coveted roles at the beginning of her career, opposite some of the biggest stars of
Bollywood, including Hrithik Roshan (Naa Tum Jano Naa Hum), Ajay Devgn (Yuva), and Salman Khan (No Entry), Esha failed to make a mark in the film industry. And, over the years, as the things really didn???t transpire in her favour, she continued to curtail her appearances in the movies.

Thankfully for Esha, there has been much more to her life than just her acting career. Besides appearing in TV commercials, she regularly gives dance performances along with her mother and younger sister Aahana Deol. And, her priority still remains her personal life. Recently, Esha tied the nuptial knot with her long-time boyfriend and Mumbai-based businessman Bharat Takhtani in a lavish but private ceremony. The wedding functions continued for four days, but the marriage ceremony was conducted in a typical South Indian style at a temple.

Will Esha’s marriage mean an end to her acting career? Or, will she be able to strike a balance between her professional commitments and personal life? Will her marriage be lucky for her flailing acting career? Ganesha, with the help of Vedic astrology, tries to find answers to these questions, and predicts what future may have in store for this pretty lady. 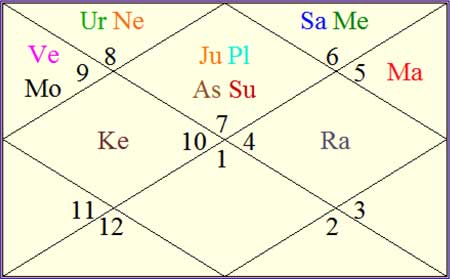 May Lord Ganesha bless Esha Deol with happy married life and help her have a great time ahead.