Ayushmann may not have a very memorable 2016, but it will be a period of refinement, says Ganesha 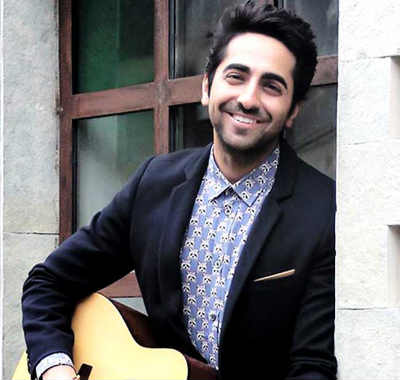 The unconventional and offbeat Ayushmann Khurrana has been like a breeze of cool air, and yes, he is a celebrity, but he has no airs about it! With that calm, relaxed demeanour and with that disarming smile constantly lighting up his face, Ayushmann always comes across as a very relaxed and composed person, but he surely means business! He is seen as one of the most exceptionally talented and versatile future reigning stars of the Indian Film and Entertainment Industry. With a voice that sounds magical and soothing, acting skills that consist of all the depths and nuances that make for a skilful artist, talent and potential that would be as deep as the surface of an ocean and an attitude that many envy, Ayushmann surely has the calibre to make it big! With a spectacular debut in Vicky Donor, the Pani Da Rang singer has won the hearts of all movie-lovers and has consistently been delivering good performances and has created a special spot as a 'different' actor in Bollywood. On his birthday, Ganesha takes a look at his Solar Chart and predicts how the upcoming year may turn out to be for the star...
Ayushmann Khurrana
Date of Birth :-  14th September, 1984
Time of Birth :-  Not Known
Place of Birth :- Chandigarh, Punjab, India
SOLAR CHART

[Owing to the unavailability of credible birth-time of Ayushman, the analysis and predictions have been done on the basis of the Solar Chart/ Surya Kundli with the help of his birth-date and birth-place only.]
Important astrological observations:
Astrological predictions:
Ganesha wishes a great time ahead to Ayushmann Khurrana.
With Ganesha's Grace,
Rantidev A. Upadhyay
The GaneshaSpeaks.com Team
Share