Audience to keep a distance from Yeh Faasle, predicts Ganesha

While most of the producers in Bollywood are postponing the release of their films due to the cricket hysteria, the team of ‘Yeh Faasle’ is all set to brave the odds. The film, which releases on 4th March, 2011, has a promising star-cast, which assures to live up to audience’s expectations. The story revolves around a girl and the man she loves the most – her father. However, there are few mysteries about her father and her mother who died at a very young age. As she determines to unravel the mystery, she ends up straining her relations with her father, her role model. Directed by Yogesh Mittal and produced by Om Prakash Mittal, the suspense factor in the film will keep the audience hooked to their seats. While Anupam Kher and Tena Desae in the lead role, the film also stars Pawan Malhotra, Rushad Rana, Suhasini Mulay, Seema Biswas and Kiran Kumar.

Today, when promotional gimmicks and interaction of the actors in a film with the viewers has become nearly mandatory, ‘Yeh Faasle’s’ team seems to be lacking in this department. Will ‘Yeh Faasle’ come anywhere close to success when the cricket mania has gripped the nation? With the help of Vedic Astrology, Ganesha finds out the fate of the film at the Box Office. 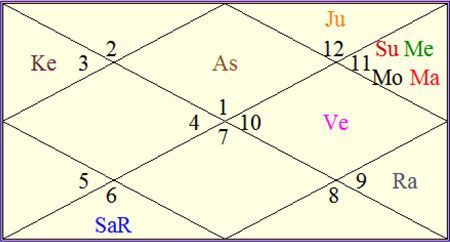 Good luck and may Lord Ganesha bless cast and crew of ‘Yeh Faasley’.