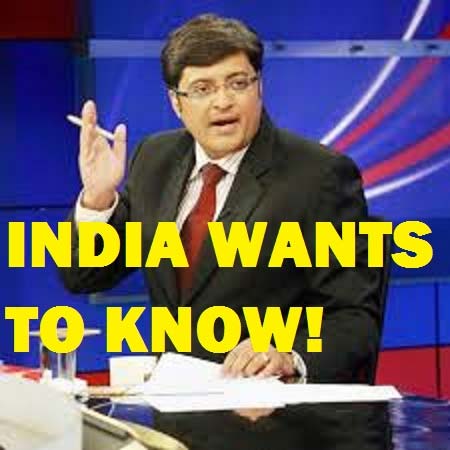 Arnab Goswami is a very prominent name in the field of contemporary journalism and news media in India. The firebrand journalist was born on 9 October, 1973 in Guwahati, Assam. Belonging to a family of eminent jurists and being the son of an Army Officer, Goswami had his schooling in different cities. He graduated from Hindu College and did his Masters in Social Anthropology from Oxford University (St. Antony’s College, 1994). Currently the Editor-in-Chief and the Senior News Anchor of Times Now, Arnab began his career with NDTV 24*7 in 1995, as a daily news anchor. Later, as a Senior Editor with NDTV 24*7, he even won the Award for the Best News Anchor of Asia in the 2004 Asian Television awards. On his extremely popular show- the Newshour Debate – he has hosted many popular personalities, sometimes leaving them fumbling for explanations and even words. He also interviewed many eminent personalities on his Frankly Speaking With Arnab program. The man who is famous for his antics and for inventing a new brand of journalism, has recently has been muddled in controversies. Even recently he and his channel got embroiled in a major political controversy. Ganesha here anlayses Goswami’s Horoscope to predict what lies ahead for the talented journo.

Arnab’s details are based on Solar Horoscope (Surya Kundli) created with the help of Birth date and place, as the Birth time is not available.