Are you game for ‘Game’? Because all else seems ‘F.A.L.T.U’, says Ganesha 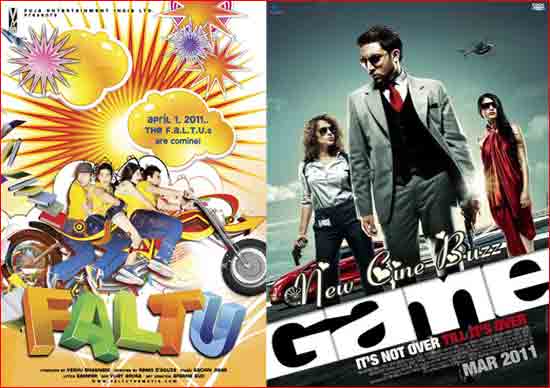 After a long vacuum at the Box Office, courtesy? the World Cup fever, finally, Bollywood is all set to welcome two films this week. It’s been close to four weeks that the film buffs have not got to see a new flick in theatres, Tanu Weds Manu being the last major release, on 25th Feb, 2011. Come 1st April, 2011 and people would queue up at the BO for two major releases of this season: F.A.L.T.U. and Game.

Directed by choreographer Remo D’souza and produced by Vashu Bhagnani, F.A.L.T.U. seems to be cashing on the cameos by some great names in the industry than its main star cast. Amitabh Bachchan, Abhishek Bachchan, R Madhavan, Akshay Kumar, Kareena Kapoor and Salman Khan have spared their precious time to do cameos in this film, while the lead actors are Jackky Bhagnani, debutant Puja Gupta, Retiesh Deshmukh and Arshad Warsi.

Competing with Faltu is Farhan Akhtar and Ritesh Sidhwani’s ‘Game’. With brilliant films like Dil Chahta Hai, Don, Honeymoon Travels Pvt. Ltd, and Rock On to their credit, chances are bright that the duo may churn out yet another thrilling flick. Sarah-Jane Dias, the new kid on the block is all set to take the filmdom by storm. Atleast that’s what we can derive from the film promos. Besides her, the film features Abhishek Bachchan, Kangana Ranaut, Shahana Goswami, Boman Irani and Jimmy Shergill.

Will the ‘F.A.L.T.U’ team give a tough competition to the players of ‘Game’? Who will win at the box office? With the help of Vedic astrology, Ganesha finds out the fate of both the films. 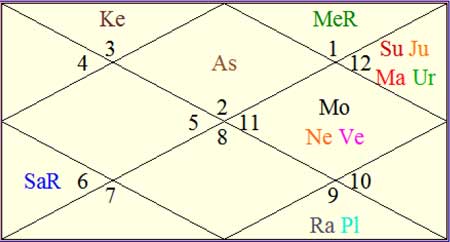 Considering all the factors mentioned above, Ganesha finds both the movies doing an average business at the box office but ‘Game’ seems to be at more
advantage.