Rahman May Spring Various Surprises In the Year Ahead, Feels Ganesha 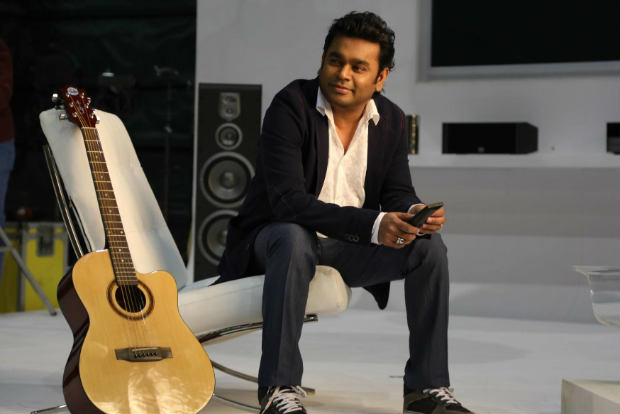 There would be no gain saying the fact that A.R. Rahman is one of the best music directors Bollywood has ever seen. This supremely talented musician, who turns 50 this year seems to have hit the right notes with the music album of Ok Jaanu as most of the songs have been receiving highly positive reviews from the music lovers. There are also hopes that Rahman will weave his magic at the Oscars, as he has been nominated for the music he has given for Pele. In this article, find out what Ganesha foresees for the musical genius in the year ahead.
A.R. Rahman
Date of Birth: 6th January, 1967
Time of Birth: Unavailable
Place of Birth: Chennai, Tamil Nadu, India
Solar Chart

Get Your Hand-written Janampatri By Our Experts.
What do the planets indicate about the 'Mozart of Madras' in the year ahead?
Ganesha observes that till September 2017, transiting Jupiter will remain in Square with Rahman's natal Mercury and Sun. After that, Jupiter will transit over his natal Neptune. Ketu will be transiting over his natal Saturn till August 2017. Saturn will transit over his natal Mercury and Sun after 26th January 2017.
We may get to hear more of Rahman's voice
Ganesha feels that Rahman may be rendering his own voice in some of his compositions in the coming months. Jupiter's aspect on the natal Venus and Mars  will encourage him to go behind the mic and sing soulful tunes.
Rahman may continue to spring surprises
In the upcoming months Rahman may present some wonderful musical treats to his fans and
The aspect of Jupiter on natal Venus indicates a period of creative flourish. The movies for which he may compose songs this year will be received very well and may enjoy a strong connect with music lovers.
Things not moving at the desired pace
Ganesha feels that as Saturn will be transiting over the natal Sun and Mercury, and will be aspecting the natal Moon and Jupiter, some of Rahman's important projects may face some delays. Some creative blocks are also foreseen. Moreover, he will have to be very careful in the projects involving multiple artists.
Success at the international level
According to Ganesha, the year 2017 will be quite favourable for Rahman's international assignments. But, as far as international projects are concerned, things will be working out in a smoother manner in the second half of the year.
A.R. Rahman and Oscars – Analysing his prospects this year:
During the Oscars, the Sun, Mercury and Ketu will be transiting over his natal Saturn. Saturn will be transiting over Natal Sun and Mercury. The planet of great importance in this case, Venus (transiting) will be placed in the 4th House from the Natal Sun and in the 10th House from Natal Moon. All these factors indicate that though there will be tough competition, he does stand a chance to win an Oscar.
With Ganesha's Grace,
The GaneshaSpeaks.com Team
Your Sun Sign can reveal a lot of interesting aspects about your personality. Get the detailed idea of what your Sun Sign indicates about you with the Sun Sign Report for FREE.
Share