Anushka Sharma Predictions 2017: She Is Destined To Shine Bright As A Producer 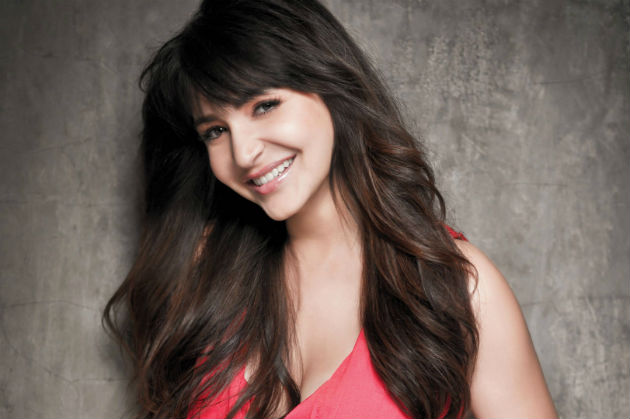 Phillauri may be received well by enthusiastic audiences, but the overall level of success of the film may not be extraordinary.

Anushka Sharma – the extremely beautiful Garhwal beauty, who started off her film career opposite King Khan in Rab Ne Bana Di Jodi has witnessed great growth as an actress, and has emerged as one of the top actresses of Bollywood. With that infectious smile, top-class acting skills and the ability to deliver highly energetic as well as a variety of performances, Sharma has been able to grow beyond the YRF boundaries and has now set up a production company of her own. It is indeed a highly ambitious and mature move that she has made, that too so early in her career and there are a lot of expectations from her to shine even as a producer. People are eagerly looking forward to Anushka’s next film, which is being produced by her and in which she will be starring as one of the lead actors. In this article, Ganesha takes a peek at the highly talented artist’s Solar Chart and predicts that she is destined to achieve greater success – as an actress, as an entrepreneur, a producer and in any other venture that she may try her hands at. Read on and catch some interesting aspects about Anushka’s upcoming future.

Anushka Sharma has a very strong Horoscope and there are multiple planetary highlights in her chart. Lord of the 1st House of the Solar Chart – Mars is placed in 10th House in its Sign of exaltation and placed therein, it is aspecting all the planets posited in Sign of Aries. The Sun is exalted and is in conjunction with Jupiter and Mercury. This indicates that she is a person of great enterprise and skill.

Along with this factor, as the Lord of the 9th House is being aspected by exalted Mars, she will be able to take decisions in a firm and independent manner. She is very spontaneous and optimistic, not shying away from risks.

Ganesha says that she would be able shine well as a producer and will be able to achieve great success in her production ventures. Her Horoscope is highly progressive and she will be enjoy great progress and overall growth. As the exalted Sun, Jupiter and Mercury are combined and as Jupiter is aspecting Saturn, Anushka will posssess brilliant managerial and entrepreneurial skills, and can thus run her business ventures successfully.

Apart from being a wonderful actress and an intelligent producer, Ganesha says that she can be an amazing and smart-thinking business-person with a lot of creative ideas. Her production company will be able to gain a lot of prominence in the coming future. As the Sun and Mars are both exalted, she will be a person who looks at the bigger picture and has big ambitions. She will be a highly hard-working person and is not the one to take things lightly. These qualities will help her to achieve great heights in life.

Anushka is under the influence of the Saturn Return Phase and she stands to benefit from this. She will be able to gain success in important matters and her endeavours would beget success. There are also good chances of gains through government or semi-government authorities.

Prospects of her next film – ‘Phillauri’

Due to the unavailability of the exact release time chart of the film, Ganesha tries to make a general forecast of this film based on Anushka’s Surya Kundli. The film is likely to enjoy a good opening and will enjoy a good run in the first two weeks. There are higher chances of the film performing well in the northern belt. But, ultimately the film will be able to create a positive impact in the Rab Ne Bana Di Jodi star’s career.

The movie may not enjoy extraordinary business and may witness a slow pace of income and thus her stint as a producer will not achieve enormous success, but it will be a decent outing. But, the aspect of Jupiter on the Natal Venus, as well as the transiting Venus indicates that she will put in her best efforts to portray her role well in the film.

Get Solutions To Any Issue With Ask Any Question

The transit of Jupiter through the Sign of Libra after September 2017 promises betterment and advancement in her career as actress. She is likely to become more career-oriented in the upcoming period. Her performances will be successfully garner appreciation and positive responses from the audiences. She will be able to bag some magnificent projects between September 2017 and October 2018 and any movie that she will be working for in this period will fetch fantastic results.

Due to the favourable influence of the transit of Jupiter post September 2017, Sharma will be able to bag some handsome endorsement projects and she is likely to gain very well from them.

During the second half of 2017, transiting Rahu will be passing over natal Mars through the 10th house and thus some controversies may affect Anushka’s public image to some extent. However, her career progress may remain untouched by any controversies.

On the whole, the upcoming period is going to be progressive for Anushka except for the troubles caused by the transit of Rahu over Natal Mars.