Anil Kapoor will witness a few 'Jhakaas' offers coming his way in 2016! 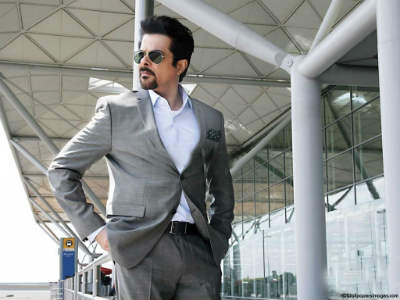 Forty years in Bollywood and still going strong! The evergreen Anil Kapoor has acted in all kinds of movies. His notably critically acclaimed and commercially successful films were Woh Saat Din, Meri Jung, Janbaaz, Karma, Mr. India, Virasat  (for which he won the Filmfare Critics Award for Best Actor), Biwi No.1, Taal (for which he won his second Filmfare Best Supporting Actor Award), Pukar (for which he won a National Film Award for Best Actor), No Entry, Welcome, Race, and Race 2.
Anil Kapoor has also acted in the international film Slumdog Millionaire, for which he shared the Screen Actors Guild Award for Outstanding Performance by a Cast in a Motion Picture, which made him globally one of the most recognized Indian actors.
Anil Kapoor as a child was a loner, but was an ardent fan of Bollywood films and would regularly watch them during the Ganesh Maha Utsav every year. He was a fan of Raj Kapoor, and was heavily influenced by his style and mannerisms. Ganesha here analyses his horoscope to see what made him such a successful actor.
Anil Kapoor
Date of Birth: 24 December, 1956
Time of Birth: Not Known
Place of Birth: Chembur, Maharastra
SOLAR CHART

Owing to the unavailability of credible birth-time of the celebrity, the analysis and predictions have been done on the basis of the Solar Chart/ Surya Kundli with the help of his birth-date and birth-place only.
What made him such a bright and sensational star?
The Path Ahead in 2016 for the Star...
Important Astrological Observations:
Astrological Predictions :-
Ganesha wishes Anil Kapoor a great time ahead and wishes him a most happy birthday.
With Ganesha’s Grace,
Kashyap Rawal and Rantidev A. Upadhyay
The GaneshaSpeaks.com Team
Share