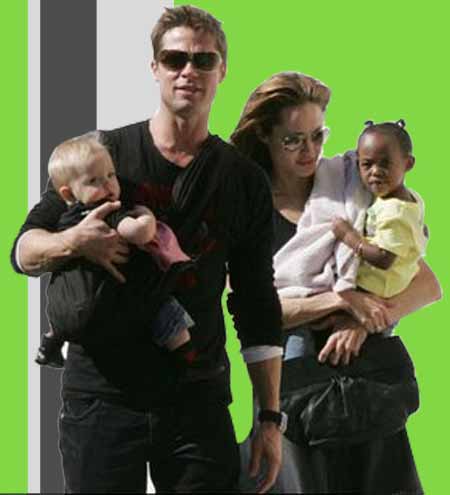 Knox Leon’s Numerological analysis
The boy’s name is Knox Leon.As per Chaldean Numerology this name totals down to 39 so final total would be 3.As he is born on the 12th his birth Number would be 3.The name also totals down to 3 ruled by Jupiter hence this is a favourable name for him.Compound Number 39 is very much functional for artists.This number favours both acting and dancing.However,on the emotional front,Knox may face many ups and downs.This number also denotes multiple estrangements on the love front.In short,Knox’s professional life seems good and he may follow his parent’s footprints but on the personal front ( like his parents, perhaps) he is going to experience a lot of difficulties.As this number is ruled by Jupiter it may make him aknowledgeable and well-read person.Vivienne Marcheline’s Numerological analysis
Vivienne Marcheline’s name totals down to the compound Number 68 which totals down to 5.Number 5 is ruled by Mercury.6 is ruled by Venus and 8 is ruled by Saturn.Combination of Venus and Saturn may also make her a good artist but 8 will also give her business instincts.She will be very witty and jovial by nature but may feel lonely at times.She will always need the company of good friends to whom she can confide and pour her heart out.She will be a very loyal lover but may take a long time to choose the right match for herself.She will express her artistic abilities in a very different manner.Later in life, she may produce television serials or films. Number 5 ruled by Mercury may make her indecisive or unstable on the career front while she is young (Note that Mercury is Yuvraaj as per Vedic Astrology system), however,at the age of 30 and 32 she will come across very positive turning points in her life.Number 5 is also known as ‘Money Magnet’ by some expert of Numerology,so she will be able to mint money with a business like approach to arts,says Ganesha.

Summary
In conclusion it can be said that both Knox and Vivienne seem to be lucky hence Angelina and Brad need not worry.There is no major mismatch found in their birth dates and their names.Both of them have scope of becoming known public figures in future.

Ganesha congratulates Angelina and Brad and wishes good luck to both Knox and Vivienne.