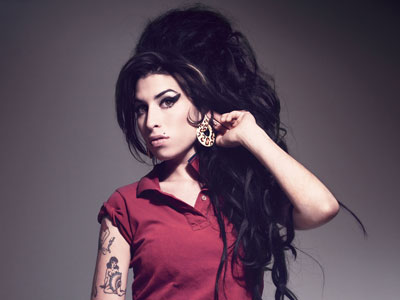 Amy Winehouse and her peculiar popularity and iconic image always engulf our mind with various emotions! We cherish the legacy of music that she left behind and her creative genius, but her wayward life and the mysterious end to her life, fill us up with melancholy and our mind cannot stop wondering what makes such icons so mysterious and irresistibly enchanting, in spite of their idiosyncrasies! In this article, the ‘all-knowing’ Ganesha gets to the astrological details of the music diva and presents a very interesting explanation of her Natal Chart. Read on… 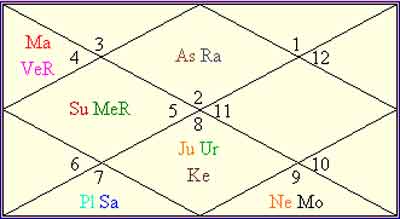 Some Key Astrological Observations:
Taurus Ascendant: the sign of the Cosmic Artist – Venus!

The majestic Sun in its own House: Ensuring Dazzle and Fame

Prominence of the Houses of Creative Potential – the 3rd, 4th and 5th House:
-It is to be noted that Amy had a very good support of the three most important Houses in Astrology for creative potential and excellence. Let’s take a look at them on an individual basis:

The other important planetary configurations:

What would have been responsible for such a short span of life and the mysterious death?

“Had Amy lived longer, she would have been able to achieve greater heights and higher pinnacles of glory in her career”, concludes Ganesha!

May Amy WineHouse’s soul rest in peace and may her glory eternally enchant people!