Big B’s Chart makes for one of the most intriguing yet amazing astrological portraits ever! 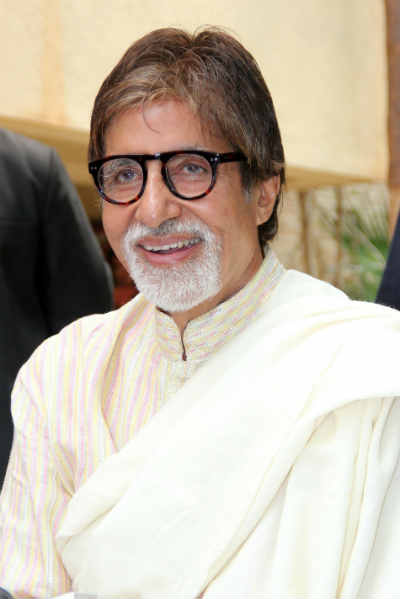 Amitabh’s enduring glory is the result of the greatness of Saturn and his blessings!Very few people in God’s creation are destined to achieve such awe-striking and mesmerising stardom, fan-following, mass-appeal, charisma and fame, which would withstand all the tests of time! We have seen a lot of eminent personalities come and dazzle and shine like a star for a certain period of time and then suddenly either fade away into oblivion or loose out on their sheen! But Amitabh Bachchan is an icon, who has broken free of all the shackles of the mortal world’s stereotypes and clichés and the ill-conceived notions of stardom! Super-star, Mega-star, Icon, Legend, and all such choicest magniloquent terms may seem to be understatements, considering not only Big B’s acting and creative flair, but also his overall genius, consisting of the great intellectual depth, spiritual fibre, virtue of character and oceanic experience! This star with the resplendence as bright as the Sun himself, celebrates his birthday on the 11th of October! On this grand occasion, Ganesha analyses the starry picture of India’s top favourite actor and presents some striking highlights! Read on and immerse yourself in an astrological extravaganza…

Luxuries and comforts – all the blessings of Saturn!

Ketu – tossing in Spirituality and Philosophy!

Big B – the eloquent master of words, language and dialogues!

Venus – the Cosmic Poet blessing Big B with poetic calibre!

The key role of Venus!

The Voice of Big B – one of his biggest USPs!

[Please Note: The relocation Chart is prepared with the same date and time of birth, but the location which is taken is the place to which a person shifts his base too. This system is in keeping with the authentic and widely accepted principles of astrology.]

Ganesha wishes a great time ahead to Amitabh Bachhan and wishes him a most happy birthday.