Though Ketu will be slowing things down, Amit will keep coming up with peppy tracks! 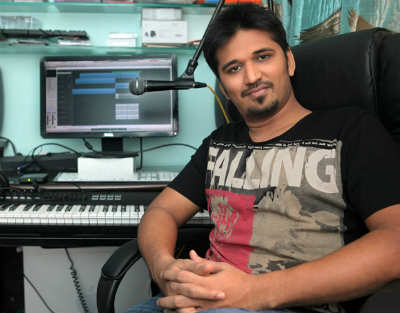 Amit Trivedi is one of the most talented and wonderful music minds in India and we have got to see some bright glimpses of his calibre in various works of his already. He is very different and unique and his unconventional compositions so far bear a testimony to his extraordinary, yet novel talent. In this article, Ganesha takes a look at the Dev D music director’s Solar Chart and predicts the way ahead for the young music biggie! Amit Trivedi – Music Director and ComposerDate of birth :- 08th April, 1979Birth Time :- Not Known.Place of Birth :- Bombay, Maharashtra, India

[Owing to the unavailability of credible birth-time of Amit, the analysis and predictions have been done on the basis of the Solar Chart/ Surya Kundli with the help of his birth-date and birth-place only.]

1) What could be the planetary influences that give him the unconventional approach towards music?

2) Why has this phenomenally talented music genius been out of the spotlight of late?
Important astrological observations:-

3) Will he come up with some brilliant compositions in the upcoming year?
Important astrological observations :-