All is well!…For Sharman Joshi in the year ahead, foresees Ganesha. 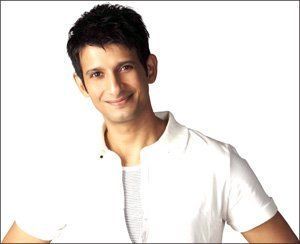 Young and full of beans, Sharman Joshi is vivacity and talent personified. Many would agree that he hasn’t yet received the fame and adulation he truly deserves. And yet, despite the handful of films he has done, Sharman has managed to create a niche for himself. A theatre actor himself, Sharman belongs to a colourful Gujarati family of seasoned theatre persons. His father Arvind Joshi and uncle late Praveen Joshi are known theatre actors. Sharman is the younger brother of TV serial actress Manasi Joshi (of Saaya fame), and has worked in many Hindi, Marathi, Gujarati and English stage productions. Few know that Sharman made his film debut in an art-film Godmother. People rather remember him for his role in Style. After a spate of films similar to Style, Sharman did some substantial roles in movies like Rang De Basanti, Golmaal, Life in a Metro etc. However, it was the hugely successful and widely appreciated 3 Idiots that brought Sharman a lot of recognition and adulation for his role as Raju Rastogi – the lower-middle class boy striving to make a mark in the big bad world. It was the same role that won him the Filmfare Best Supporting Actor Award.

Sharman’s next by Raju Hirani, the famed film-maker, is scheduled to release soon. Will this film Ferrari Ki Sawari be able to follow into the footsteps of 3 Idiots? Sharman also celebrates his birthday this week, and Ganesha takes this as an opportunity to peep into Sharman’s natal chart and stars to see what lies ahead. Read on to find out – 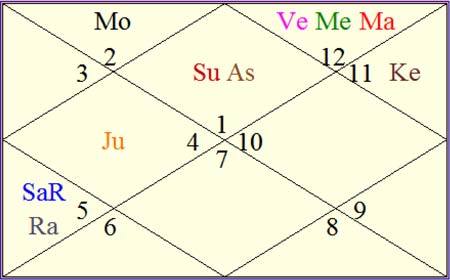 Ganesha wishes him good luck for the year ahead.