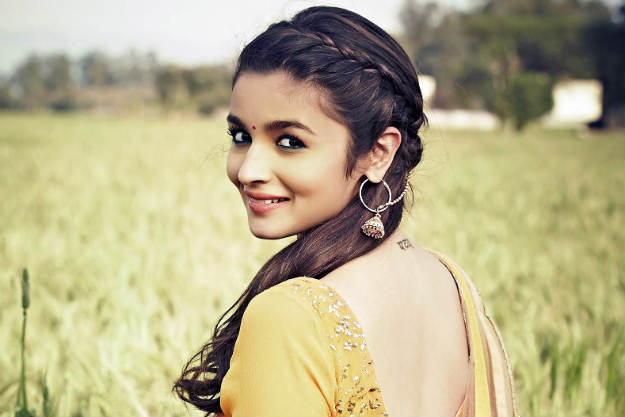 Alia Bhatt never fails to impress with her killer smile, irresistible cuteness and the acting skills that would make even a well-settled actress feel insecure. After starting out with Student Of The Year, Bhatt has come quite a long way and has amazed the film pundits as well as the audiences with her bold decisions and mature choices. Her performance in Highway came as a surprise, and those who were assuming Alia to be a bubble-gum girl and appear in roles similar to SOTY were forced to change their opinions. She didn't stop there. After a couple of films came Udta Punjab, the film in which she won the Filmfare as well as the Screen Awards for the best actress. At just 23, she has done some really great work and her eyes twinkle with the promise of a star who is destined to dazzle and set new standards. In this article, Ganesha takes a look at her Surya Kundli and predicts that the year 2017 will bring major changes in her life and help her to grow as an actress and evolve as a more mature performer. Read on.
Alia Bhatt
Date of Birth: 15th March, 1993
Time of Birth: Unavailable
Place of Birth: Mumbai, Maharashtra, India
Alia Bhatt Horoscope – Surya Kundli

During the year ahead, transiting Saturn will be passing through the 10th house of karma in her horoscope.

Jupiter, being the benefic planet will be passing through 7th and 8th houses respectively. It will be aspecting natal Saturn and Mars too. To know how Jupiter will influence your life, get the Jupiter Transit Report now.

The Third Phase Of The Sade Sati

The influence of Saturn's sade sati will be continued but this will be last phase of Saturn's sade sati. Get Your Sade Sati Report Now.
The Rahu-Ketu Dimension
At present, malefic Rahu and Ketu are transiting through 6th and 12th houses respectively which will be moving through 5th and 11th houses from mid August 2017 respectively. Avail your Rahu-Ketu Transit Report now.

Ganesha says that the transit of Saturn through the 10th House from her Natal Sun will bring about a lot of changes and will transform her personality and outlook. She may opt for more challenging roles, and scripts which have variety and substance. Her performances may keep getting better and we may get to see the better version of Alia in the days to come. Similarly, will Saturn help you in achieving your goals or will it cause problems? Get the answers with Saturn Transit Report.

There is some good news for Alia, as the second phase of the Sade Sati has come to an end and the third phase has begun. The second phase is considered to be the toughest phase and generally causes a lot of turbulence and emotional disturbance in one's life. But, as this phase has now come to an end, she can expect things to get smoother and the stress levels to come down.

Giving More Importance To The Scripts

All said and done, it will be better if she doesn't expect things to take a drastic turn as regards finances. She will have to give more importance to the stories and subjects rather than the financial aspects, as it will benefit her in the long term.

Ganesha says that the transit of Rahu through the 5th House from her Natal Sun will not let her get easy acclaim. She will have to work very hard and will have to be ready to go the extra mile, and if she does that, then it will not be very difficult for her to get critical acclaim and the applause of the masses which value class and mettle.

Getting Ready For Bigger Things

The planets indicate that Alia is going to prepare for the bigger journey as important planets will be transiting through key positions in her Chart. While the influence of Jupiter will enable her to develop new skills and expand her repertoire, Saturn on the other hand will test her character and her ability to face challenges. Also, she will be able to tackle with things in a more mature and wise manner. But, she will be presented with opportunities disguised as challenges. Her popularity is likely to increase further and she will gain more prominence in the months to come, feels Ganesha.

After August 2017, Rahu will be transiting through the 5th House in Alia Surya Kundli. Due to this factor, there are high chances of rumours and gossips about Alia doing the rounds. However, the planetary influences do not indicate any strong Signs of progress in relationship, but Rahu will create speculations and will make sure that Alia gets enough media bytes for her 'relationship'. What do the stars indicate about your relationship? Purchase the Love Ask A Question Report now to get answers.

During the period between August 2017 and January 2018, she will have to take extra care of her health and fitness as there are chances of some minor injuries or other health issues. It is also possible that her schedule will be highly packed during this phase. It's good to be busy, but it's better to be healthy, isn't it?

The Period Of Flourish

The very same period (August 2017 to January 2018) will be very crucial for her as she will be able to come up with her best during this phase. Either she will be shooting for some very important project or either some of her top film/s will be releasing during this time-frame.

Ganesha says that there will be a lot happening in the year ahead in Alia's personal sphere as well as career. There will be multiple projects that will be coming her way and she will be able to get the desired appreciation from the audiences. There may be some minor health issues, but this won't affect her momentum. How will your 2017 be? Purchase the 2017 Yearly Report now to get the answers.
Ganesha wishes Alia Bhatt a wonderful birthday.
With Ganesha’s Grace,
Malav Bhatt
The GaneshaSpeaks.com Team
Share