Ganesha’s B’day advice to Alia: Chill out and consolidate other areas of life in first half of 2016 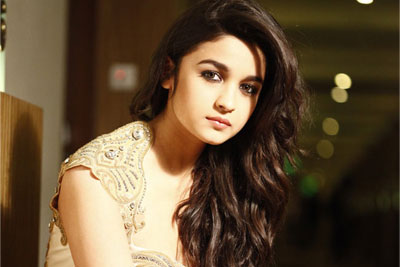 Ganesha says that good scripts may come in only post August 2016; Love life may seem confusing on some occasions…
Born in a family, where almost everyone has a connection with Bollywood, an inclination towards the silver screen was probably natural for Alia Bhatt. Daughter of filmmaker Mahesh Bhatt and actress Soni Razdan, Alia first appeared on screen as a child artist in a minor role in the thriller Sangharsh in 1999. Later, as an adult, Alia made her debut as a lead actress with Karan Johar’s, Student of the Year in 2012. Her performance of a disturbed teenage girl in Imtiaz Ali’s Highway in 2014 won her a lot of critical acclaim along with the Filmfare-Critics Award for Best Actress. Her foothold in Bollywood strengthened with movies like 2 States (2014) and Humpty Sharma Ki Dulhania (2014). She will soon be seen in the upcoming movie, Kapoor & Sons.

Astrological Predictions:
Wait for the right time girl… Ganesha feels that in the first half of 2016, the planets do not indicate something too exciting. But, it will not be an entirely lull phase and rather it it will be marked with some activity and traveling for her. Though she will be doing new projects, they may not be too warmly received.

…More Interesting Scripts will come your way! The dream period for Alia will begin post August 2016, when her Jupiter return phase will start. Her choice of scripts and overall confidence will improve. This will help her do good movies.

The Bhatt Girl and her Performances: Ganesha notes that Alia’s confidence levels will keep fluctuating and this may affect her performances on some occasions. Moreover, some delays or hurdles may also spoil her mood. But, she will be able to come up with her best eventually and may deliver some memorable performances.

Love Life: Alia may remain bit confused about her love life. Though the planetary picture as regards her love life has definitely improved post January this year, there may still be some occasions wherein she may feel insecure and incomplete. Her intensity may not be reciprocated. There may also be some buzz that will be surrounding her love life.

The Crucial Period: Ganesha feels that Post January 2017, she will be working with great determination and dedication on challenging projects, which will be similar to her role in Highway. This will eventually turn out to be favourable for her and will improve her long-term prospects. Her prominence in the film industry may also increase post the said period.