Once Saturn crosses the Scorpio ‘Border’ in Jan ’17, Akshaye may be back in the Filmy ‘Race’! 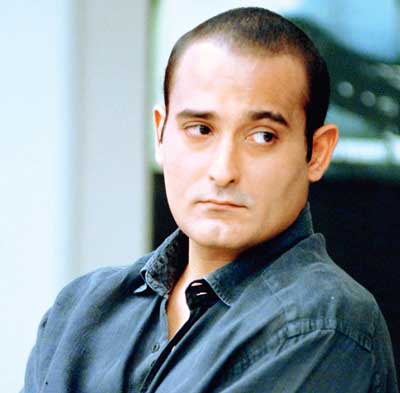 Akshaye Khanna – the actor with the dimple chin, has done some wonderful films and made us believe that his sheen will last longer than it actually has! The elder son of the yesteryears’ superstar Vinod Khanna – Akshaye has a strong resemblance to his father and has delivered some fantastic performances in movies like Border, Himalay Putra and Dil Chahta Hai. In the recent few years, his film appearances have reduced and especially after Tees Maar Khan, it seems that Akshaye has gone on a long sabbatical. But now, he will be seen in the John Abraham-Varun Dhawan starrer Dishoom. In this article, Ganesha takes a look at his stars and predicts when he may again bounce. Read on…

[Owing to the unavailability of credible birth-time of the celebrity, the analysis and predictions have been done on the basis of the Solar Chart/ Surya Kundli with the help of Akshaye’s birth-date and birth-place only.]

Astrological Predictions:
2016 for Akshaye – Nothing too bright to write home about?

Saturn’s exit from Scorpio – Things to change for the better?