Know The Future Prediction For Aishwarya Rai Bachchan On Her Birthday 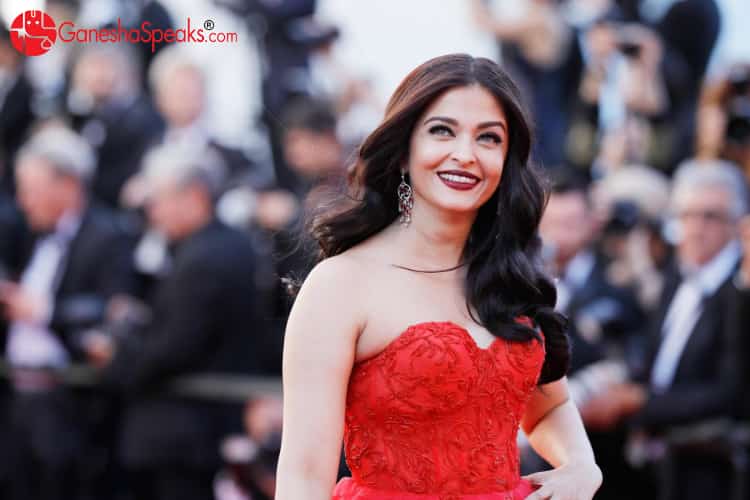 There are many who consider her as beauty personified. She has not just conquered people with her unusually good looks but also forged a highly successful career in Bollywood. Yes, we are talking about Aishwarya Rai Bachchan, a superlative and the winner of the 1994 Miss World beauty pageant. And things have not just ended there. Aishwarya Rai is the wife of Abhishek Bachchan and the daughter-in-law of Amitabh & Jaya Bachchan, making her an integral part of the most exalted Bachchan family.

Aishwarya Rai’s life is full of achievements in the world of Hindi cinema. She has received numerous accolades and appreciation, including two Filmfare Awards from eleven nominations, she was also honoured with the Padma Shri by the Government of India in 2009 and the Ordre des Arts et des Lettres by the Government of France in 2012. She has often been cited in the media as "the most beautiful woman in the world". These developments have further established already existing facts.

Indeed, Aishwarya Rai Bachchan has had a wonderful career so far. How will her future be? Can she continue to shine bright? Well, Bollywood observers may have their view on this topic. But Ganesha has on her birthday analysed her future by tracing the language of stars and planets. Read on to know Aishwarya Rai’s future:

Will Get Fresh Assignments And Endorsements

Planetary positions in the upcoming year are hinting at good things for her career prospects. She is likely to procure new assignments and work. Aishwarya Rai will also sign new deals and endorsements. Thus, she will get both success and money as per the horoscope analysis 2018.

It’s going to be a good time in her career. She will get new opportunities, wherein she will boost her prospects. Respect for Aishwarya Rai is going to increase. Also, her status as a leading diva in Bollywood will rise, according to astrology prediction. If you want to know your future as per your birth stars, buy Your Birthday Report- Premium.

Will Recreate Her Role And Identity In Bollywood

Aishwarya Rai is going to recreate her role in Bollywood. She will not pass into oblivion with the advancing time. She will do such roles in the upcoming movies which will revive her prospects. Thus, she will continue to stay important in Bollywood. She may become more choosy in the selection of movies

Aishwarya Rai will make progress not just in career but also in her personal life. Stars foresee that she will be good at maintaining a relationship. Her rapport with her family members and the people around will be quite good as per her birth chart analysis.

But There Could Be Some Friction

However, there may be some friction in her life. Aishwarya Bachchan may face issues with somebody in her profession, which may disturb her emotional stability, foresees Ganesha.

May Get Involved Into Creative Pursuits

Besides, she will be inclined towards creative pursuits in her personal life. She may get involved in artistic areas. This may rejuvenate her. Aishwarya Bachchan may recharge herself and get energised for the upcoming assignments.

Also, her social appearance will be more attractive and charming. Aishwarya Rai Bachchan will be adored and admired by her fans and other people all the more. She may get into some auspicious events taking place near her.

Overall, There Will Be Progression In Her Life

On the whole, Aishwarya Bachchan will surge ahead in life. She will make progress not just in her career but also in her personal life. She will retain her glory, at the same time she may add more feathers to her cap.