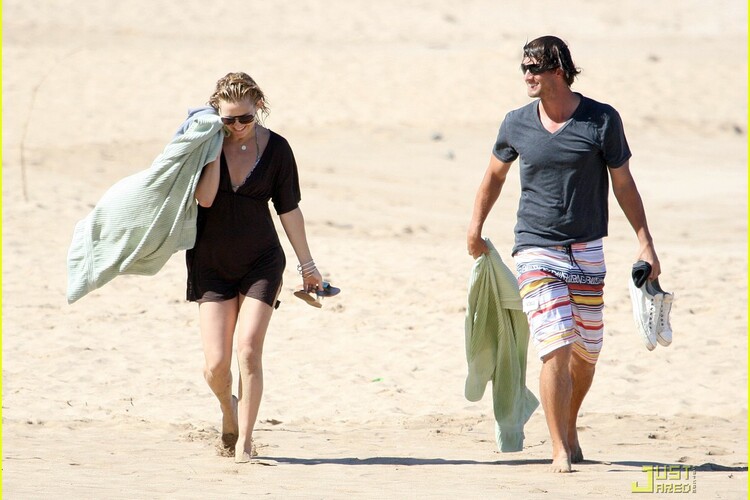 Kate Hudson is again in the news for her alleged romantic involvement with Golfer Adam Scott. Kate’s name has been formerly associated with actor Owen Wilson and cyclist Lance Armstrong. After Adam’s Mercedes-Benz Championship, Kate and Adam were seen having a good time with a group of friends at Kapalua Resort, Hawaii.Kate has not been very stable in her relationships in the past, especially after her divorce with Rock star Chris Robinson and the reason was, probably, her affair with Owen Wilson. Before falling for Lance Armstrong, she was romantically linked with actor Dax Shepard.With her past being so unstable, will this ‘How to Lose a Guy in 10 Days’ actress remain stable with Adam Scott? Ganesha analyses Kate and Adam’s horoscopes with the help of Vedic Astrology to predict the same.

Ganesha observes that Kate’s predominant element is Water which indicates that she is too sentimental. Moreover, she is born with Cancer Ascendant and Cancer Navmansha (Vargottami Navmansha), which means that her creative talents are backed up by her high sensitivity and needs no inspiration from other idols to boost her creative side. In addition, Mars, Mercury and Venus are placed in Pisces in the 9th house of her chart. Here, Mercury is placed with exalted Mars, thus, resulting in Neech Bhanga. However, Mars and Venus’ placement in one sign gives her strong emotional attachment with her dear ones. This factor also indicates the strong desire of physical intimacy with the opposite sex.

Adam has Venus in Taurus, a fixed and earth sign, where as Kate has Venus in a watery Sign. Adam may be a true lover with strong feelings of love for the beloved and may take lot of time to fall for someone else while he loves a particular person. On the other hand, Kate has Venus in Pisces, the mysterious and watery sign, indicating double mind. Here, in Pisces, Venus gets exalted so her search for a better partner continues with the emotional force that she possesses, by birth.

Will Kate and Adam’s relationship survive?
Ganesha observes that Adam is under the influence of Rahu and Ketu’s half return, which indicates that he is in the process of learning about the Karmic bonds that he has with others. Both Kate and Adam are under the influence of Saturn Return which is the process of maturity. The relationship will surely help them grow up, in case of love, but as both have Venus in Sextile from each other, they may be able to remain as good friends and the moment it becomes a serious love relationship, there may be problems between them. Kate will be under the influence of Venus Return from January 30, 2009 so, here on she may remain under the spotlight due to her performance in movies and also because of love affairs till May 30, 2009.

Period between 7th March to 17th April 2009 is slightly crucial for Kate’s personal relationships and related matters as Venus will be retrograde during that phase. During the same period she will have Mercury return and soon after that she will be under the influence of Mars Return.

Considering all the planetary returns and Natal promise in both the horoscopes along with planetary transits, Ganesha feels that though the relationship may add a nice flair to Kate and Adam’s lives for now, it may not be a long lasting relationship. There is also a chance that it may not be a very stable relationship from Kate’s end and it may fizzle out by the last quarter of the year 2009.

Good luck and may Lord Ganesha bless Kate Hudson and Adam Scott with success at personal and professional front.