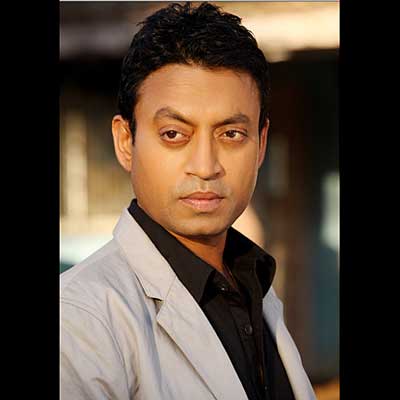 The intriguing, instincitive, the uniquely stylish and the deeply intense Irrfan Khan is one of the finest actors, Indian Film Insutry has ever produced. The flair with which he emotes, expresses and delivers dialogues is just amazing and we have all loved watching his classy histrionics! Irrfan was Born with the name of Sahabzade Irrfan Ali Khan on 7th January 1967 in Jaipur. He did his Master’s in Art and while he was studying for it, he won the scholarship to study at the National School of Drama. Very famous for his British-Indian movies, Hollywood endeavours, he has acted in films like Maqbool, Paan Singh Tomar, The Lunchbox, Rog, Metro and has always been noticed for his performances which have a lot of depth. three Filmfare Awards, a Screen Actors Guild Award, and an Independent Spirit Award nomination. He is also the recipient of 2011 Padma Shri award, the fourth highest civilian award in India. He has garnered the National Film Award for Best Actor in the 60th National Film Awards 2012, for his performance in Paan Singh Tomar. Are you curious to know what the actor’s future has in store for him? Let’s join Ganesha in an astrological ride and take a look at Irrfan Khan’s future….

The Celebrity’s details are based on the Solar Horoscope (Surya Kundli) with the help of Birth date and place, as the Birth time is not available.

Ganesha wishes good luck and a marvellous future ahead to Irrfan Khan.

With Ganesha’s Grace,
Rantidev A. Upadhyay and Aaditya Sain
The GaneshaSpeaks.com Team