Overall the stars will favor Abhishek in the upcoming year! 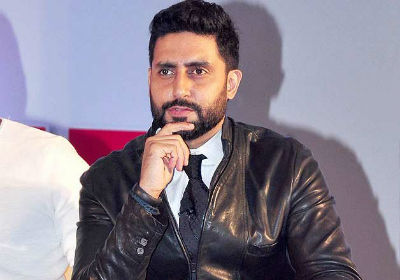 Son of Bollywood mega-stars, Jaya Bhaduri and Amitabh Bachchan, and the grandson of Harivansh Rai Bachchan, Abhishek Bachchan boasts of a pedigree in Bollywood that few other actors can even dream of. However, whether he has lived up to his expectations is largely a moot point. Still, there can hardly be any doubt that his acting skills have greatly improved since he made his debut in ‘Refugee’ in 2000. Success did elude Abhishek at first, but the public starting appreciating him, especially for his role in ‘Yuva’, Bunty Aur Babli’, ‘Sarkar’, and ‘Kabhi Alvida Na Kahena’ for which he has won a total of 6 awards. He also has two non-film awards, and has been the recipient of ‘Yash Bharatiya Sammam’ from the Government of Uttar Pradesh.

Ganesha here takes a keen look at what lies ahead for him in the upcoming year.

Ganesha wishes good luck to Abhishek Bachchan on his birthday.